truBackup is a free backup app for Android that allows users to create backups of their entire Android devices with ease.  This backup app can take a backup of SMS, Contacts, Installed Apps, Photos, Videos, Music.

The app has a very appealing look to it, and makes sure that it does not consume too much memory and behaves like a memory hog. The overall interface is smooth, and the app itself is very clean and well designed, from the looks of it. The app runs without any lags of any sort, and creating and restoring backups is a very simple process through this app. You can either choose to create backups to cloud (you need a Dropbox account for it), or you can simply create backup on the SD card of your device. The app has a variety of configuration settings as well, which can be played around with.

The truBackup app is available for free via the Google Play Store.

How to use the truBackup app?

Using the app is a very easy and straightforward task to do. Once you have downloaded and installed the app from the Google Play store, simply fire it up. As the app is relatively new, for now, the app is offering an irresistible launch offer, that is, you get upgraded to the premium version of the app for free. This offer seems to be a limited time offer from the developer, and now seems the best time to get this app.

As I downloaded the app during the time frame of the free upgrade to premium version, when I fired up the truBackup app, the following screen appeared for me. (see below screenshot).

Anyways, if you don’t get the above popup, you should be taken to a screen which looks like the following screenshot. 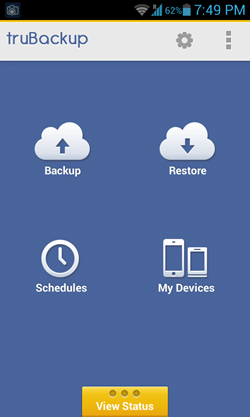 As you can see in the above screenshot, there are four options:

When you click the backup button, you will be prompted to selecte SD card or Dropbox as the place to store your backup. The app remembers the setting for all your future backups. You can always change this setting in the settings menu of the app. (see below screenshot to see what happens when I select Backup option for the first time) 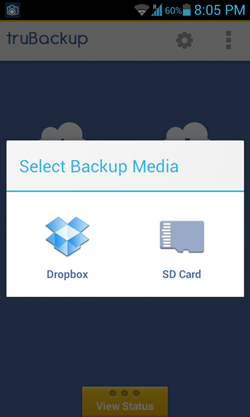 As you can see in the above screenshot, I am prompted to select my backup media. For my app, I decided to choose SD card. You can, however, choose Dropbox as your backup media, but that requires internet access and an account on Dropbox to run.

On selecting sdcard, I am prompted to change the path inside the sdcard where the backups are stored, or I can simply click done to save the path to the default path. (see below screenshot) 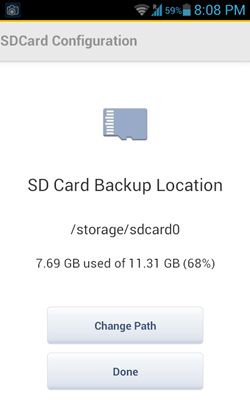 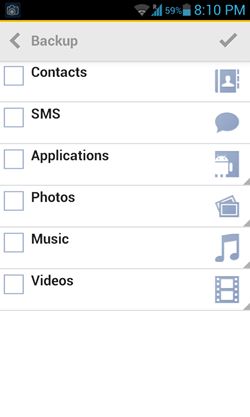 This is all that is needed to know to begin using this app. You can download it for free from the Google Play Store, and you can also check out the Gcloud backup app, that performs the similar task of creating backups.

Get truBackup for Android free.