MC Musiceditor is a free music notation software for Windows which you can use in order to create and write music scores. Musical scores are created using a modified version of the ABC musical score language. Program allows you to type out the music score code either by using just your mouse (graphically) or by typing it out using your keyboard. Musical score can be previewed both visually and by playing it created score, before exporting it either as MIDI or PDF.

You have to be familiar with the specifics of how to create musical scores before you can use MC Musiceditor, even though it does make things easier with its very easy to follow interface, which can be seen on the screenshot down below. Buttons and options that are available in the left sidebar and down below can be used to add code for various types musical symbols. 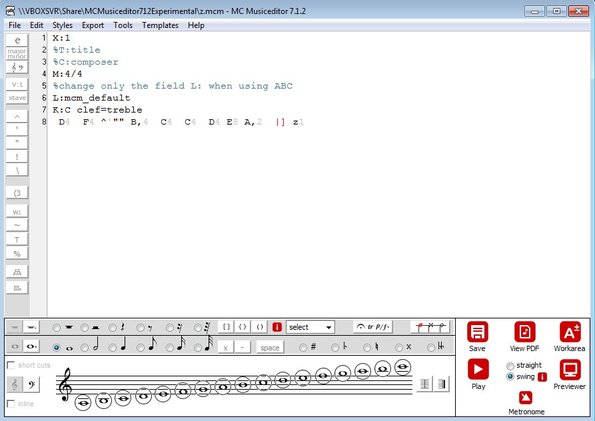 In the bottom right corner you have a menu with which you can open up music score preview, play the composition, save it as either MIDI or PDF and access various other tools that can be seen there. Remainder of the interface at the top is for writing the code of the musical composition.

Key features of MC Musiceditor are:

MC Musiceditor is relatively easy to use, but you’ll still of course have to know how to write/read music notations and the two supported languages that are used to code them (MCM or ABC). These languages are basically like HTML which once that you generate them will display the actual musical notes.

Decide if you want to create music scores either by clicking on symbols from the left sidebar or down below. Alternatively if you’re familiar with the syntax you can type it in directly in the code box at the top. 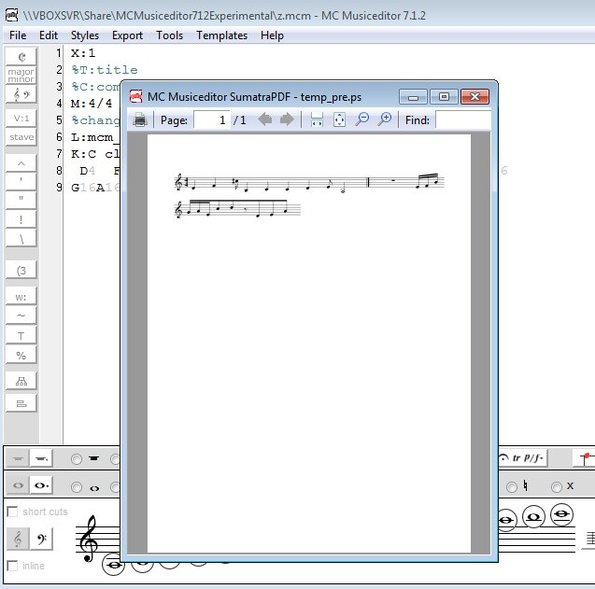 Once you’ve written enough code, you can click on the Previewer button from the bottom right corner to preview how the musical score is gonna look like. 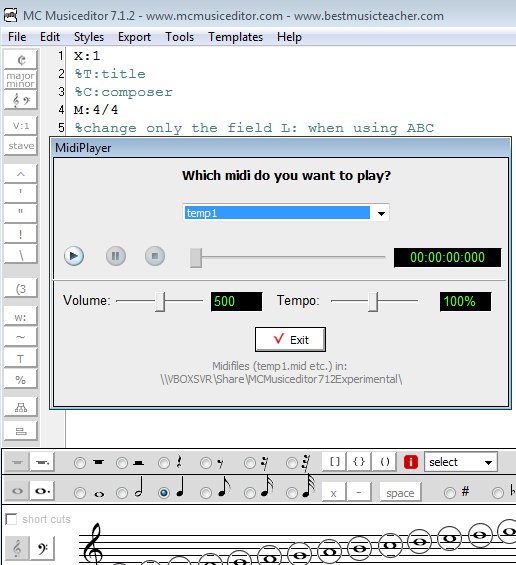 Play button from the bottom right corner allows you to preview how the musical composition is gonna sound like. If everything’s OK, when it’s finished, to save the create musical score you just need to click on the File >> Save.

MC Musiceditor does everything as advertised. If you’re in need of a music notation software then make sure that you try this one out. Usage is very simple and straightforward, and it has a lot of features that we haven’t mentioned.