vizaudio is a free visual audio player for Linux and Windows. It’s part graphical, part command line application. This means that in order to start listening to music you’re going to have to open up command prompt and open the song that you’d like to listen there. Doing that starts the song visualizer where as the song is playing you’ll see graphical animations playing in the rhythm of the song.

Screenshot down below shows use of the command that you will have to run inside the command prompt in order to play a song inside vizaudio. If you’re frightened by the fact that this is a command line application, don’t be. This very simple command is the only thing that you’ll have to know in order to listen to music with this free visual audio player. 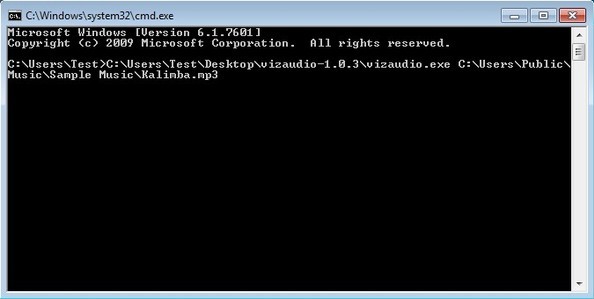 Here’s that very same command in text form, so we can study it more closely:

Command consists of two parts. First you need to type out the file path to the executable of vizaudio, then after that you’ll have to type in the path to the audio file that you’d like to listen to. By copying both files in the same directory and then navigating to that directory inside command prompt using the standard “cd” command, the very long command which we’ve showed above can be brought down simply to this:

Where SongName is of course the name of the song that you’d like to listen to.

Key features of vizaudio are:

How to listen to music with vizaudio free visual audio player:

Only command that you need to know has already been explained. To start listening to songs you now just have to customize the command to location where vizaudio is on your computer and where you music collection is. 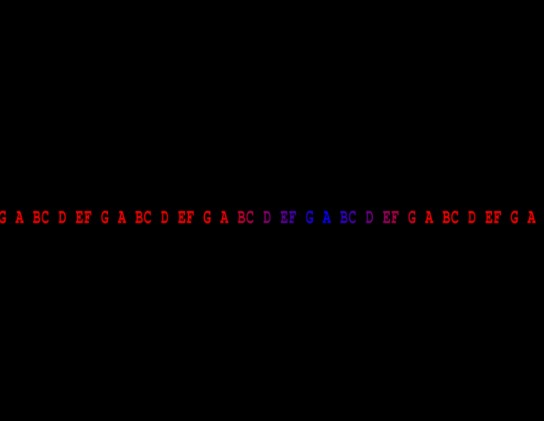 Initially when the player comes up you won’t see anything but a couple of letters, but then as the songs start playing visuals will show up. 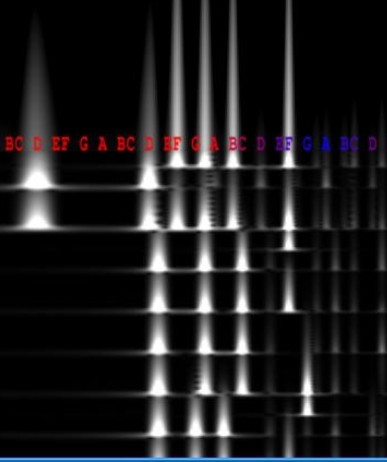 Now if you have other songs in the directory where the first song that you selected was located you can use the DOWN keyboard key in order to quickly switch between the songs. You won’t have to use the command line every time that you’d like to change a song.