Audacious is a lightweight and free music player for Linux and Windows which comes with support for a very large number of audio formats. This is the successor of the very popular XMMS audio player. There are two types of interfaces available, classic GTK which is unique to Audacious and another one which is a clone of Winamp. This media player is available on all the Linux distributions, and is considered to be Winamp alternative for Linux users. 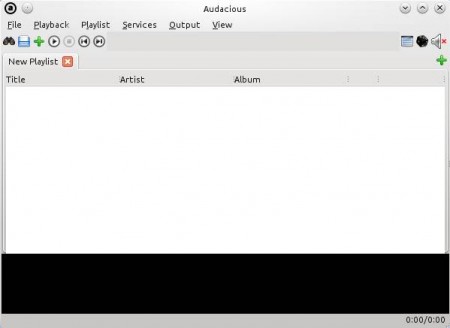 This is the GTK interface of Audacious, which is the native interface that you’re gonna see after starting it for the first time. If you click on View >> Interface >> Winamp Classic Interface, you should see something like this: 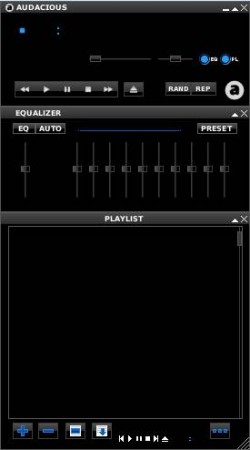 For Windows users this is probably much more familiar. At the top we have the classic media control buttons, beneath that you can see an equalizer and last but not least we have the playlist manager which can be seen down below. Themes can be changed, and you can even use Winamp themes if you like.

Key Features of this Free Music Player are:

Even though this is a free audio player that’s intended for Linux, there is also installer available for Windows. Source code installation is possible, which is a time-consuming task, so it’s preferable you use the installer instead. For installation on Linux, use the package manager, Audacious should be there.

How to Listen to Music with Audacious Free Music Player for Linux and Windows?

Start by adding songs or radio streams to the playlist. In the Winamp interface, click on the plus sign from the playlist module and select Add Files or Add internet address depending on what you want to add. 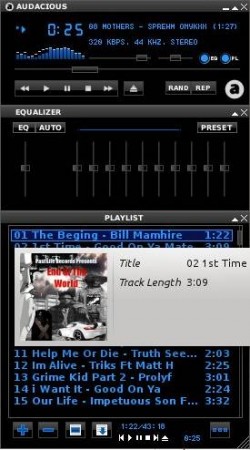 Standard open file dialog will show up. Locate your music collection and click Add. Songs should be imported automatically. Depending on the size of your collection it might take a few moments for all the songs to be added to the playlist. Everything else you probably already know, double-click will start the song, mouse hover will activate the album art and so on. 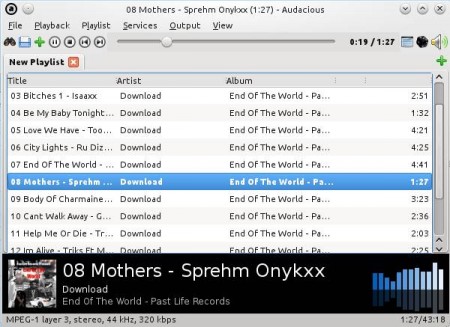 This is what the GTK interface looks like, with it, you can see album art right away and the visualizations in the right bottom corner are bigger.

Those who have switch over to Linux from Windows where they have used Winamp and would like something similar to it, should look into Audacious. If you are a Windows user and would like an alternative to Winamp, give Audacious a try. It’s very lightweight, with less than 20MB in size and very less of RAM is used up while in use, it’s perfect for older computers. You may also try out AIMP 2 free alternaive to Winamp and Winyl reviewed by us.