Here’s a list of 4 speed typing addons for Firefox which you can use to improve typing speed through learning and practice. Typing fast means that you’ll be more productive and efficient in everyday tasks that require typing, which is 90% of the tasks if you work in an office somewhere.

Let’s see what kind of addons are available for Firefox browser to make you an even more valuable employee. 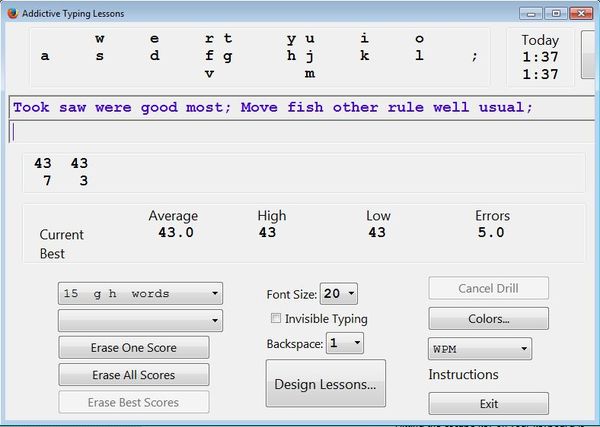 Addictive Typing Lessons is a speed typing addon for Firefox where you have varying degrees of lesson difficulty thrown at you.

What you see on the image above is a slightly more advanced lesson where we already have text that needs to type as fast as possible without doing mistakes. The very first lesson requires you to type letters F and J repeatedly while alternating between them. Then as the lessons are progressing you need to type additional letters until eventually you get to whole words. 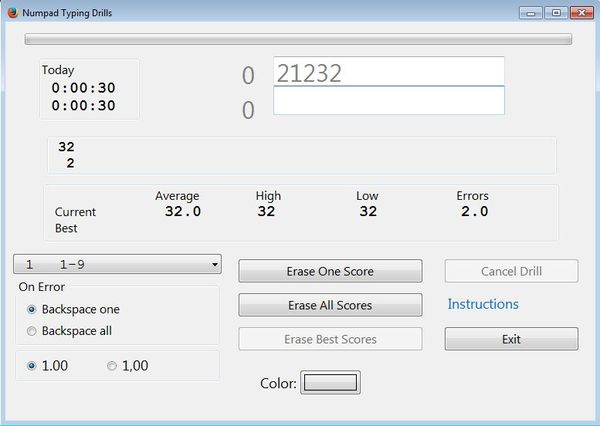 Previously mentioned Addictive Typing Lessons is a great addon if you need to learn how to type words, but what if you need to focus on the Numpad and only improve number typing?

That’s where Numpad Typing Drills comes in handy. You’re seeing it right. There’s actually a typing tutor addon for Firefox that focuses on helping you master the Numpad specifically. You start off just by typing numbers, but later on as you get better you can throw in the rest of the Numpad keys, the basic arithmetic symbols, +, -, / and *. 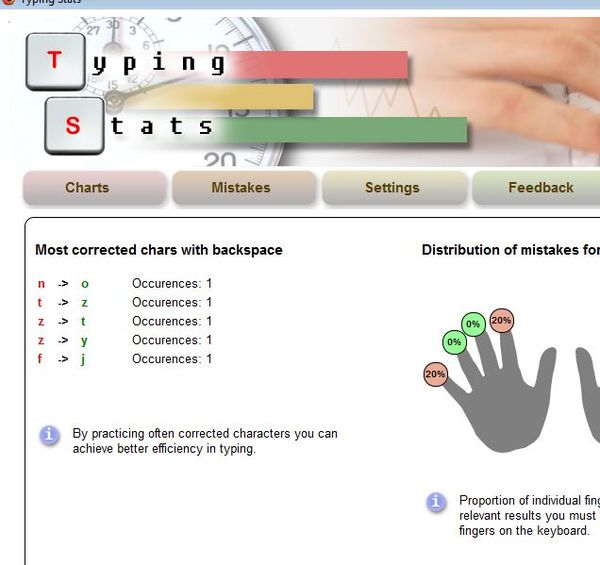 Typing Stats technically speaking isn’t a speed typing addon that’s made specifically to help you learn and get better in speed typing but it can be used like that.

Typing Stats analyzes everything that you type inside Firefox and then gives you detailed statistics on how good of a typist you are. The part that’s especially interesting for us is the Mistakes tab. Mistakes tab gives you an overview over which letters you keep missing the most when typing. This can help you figure out which letters you need to practice using the previously mentioned speed typing tutors.

We’ll finish our list with a typing speed addon that’s gonna help you out when you finally become an experienced typist.

It’s gonna measure your typing speed as you type words on websites. You just need to install the addon and it’s gonna do the rest on it’s own. To check your stats open up the addon report in a new tab. Addon report can be accessed by clicking on the addon icon from the addon toolbar down below.

Addictive Typing Lessons and Numpad Typing Skills are great for learning speed typing and you should check them out if it takes a lot of time to type. We’ve all been, at some point in our lives, in that situation where we’re looking at the keyboard where the letter that we need is. With these addons you’ll hopefully look back on those days and laugh at yourself thinking how unexperienced you were.