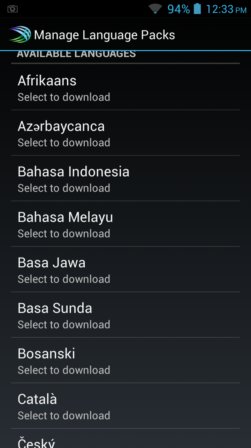 SwiftKey is perhaps the most popular Android keyboard out there, and if you weren’t aware of this by now, this is a multilingual keyboard, with support for around 50 world languages.

You can see the list of supported languages on the image above. Needless to say that it would take a long time to list them all here, so we’re not gonna do that. Next to good language support, SwiftKey also includes emojis, personalized predictions, auto correct, themes and various other keyboard tweaks. 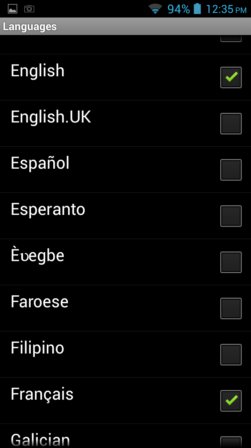 This keyboard has a much better support for Asian languages, if that’s important to you. Other features include voice input, gestures, multi-touch, word learning, auto correction and more.

Get MultiLing Keyboard by Honso.

Also have a look at Android Keyboard App to Type Faster: ABC4 Keyboard. 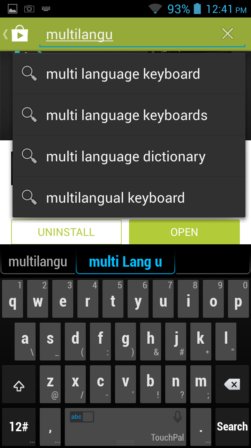 TouchPal is probably the second most popular keyboard out there, and in case you didn’t know this, it’s also a multilingual keyboard app for Android.

Over 70 languages are supported and the keyboard is setup with ease of use in mind. For example slide up shows emojis. On top of pretty much all the features that I mentioned until now when talking about the two previously mentioned keyboard apps, there’s also keyboard meter, speed tracker, word trend tracking which adds currently trending words in the world to your dictionary and more. 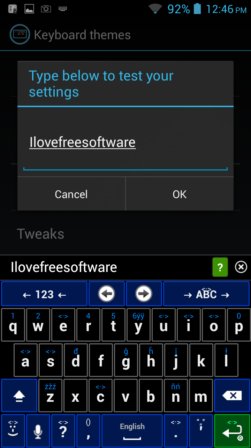 iKey is another keyboard app which focuses on support for multiple languages. Although it doesn’t have quite as much languages as the apps that I mentioned until now do (around 2 dozen languages are available), lots of unknown languages are supported.

For example you get Georgian, Esperanto, Divhei, Bangla, etc. Note that there’s also a paid version of this app that gives you more features.

Make sure to also have a look at 5 Free Virtual Keyboard Extensions For Chrome. 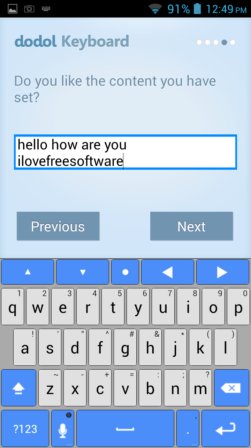 It’s another simplistic multi language keyboard app for Android that supported around 20 languages, and has only the basics, gestures, split layout support, themes, etc.

My personal favorite and a keyboard that I’ve been known to use is TouchPal. It has the best combination of features, and also languages (remember that it has 70+ languages). Other multi language keyboards that I mentioned aren’t that bad, they’re just not as advanced, SwiftKey comes in at second place, close behind TouchPal. Let me know what you think exactly in comments down below.