Here, we talk about 4 free popular games for Windows 8. Why do I call them popular? Because they are! You may have already heard about them, or even played them on other platforms like Android or iOS, and finally, they have made their way over to the Windows 8 platform. I’m sure you’re going to love these games that I have handpicked for you! The gameplay is absolutely smooth, and the graphics of these games are absolutely stunning.

I’m sure that you are already hooked on by now, so I won’t take any more time. Let’s get in straight to the details of these games, how they are designed, and how they work on Windows 8 devices! 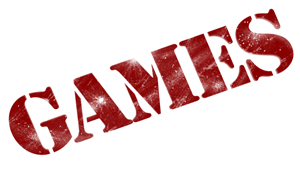 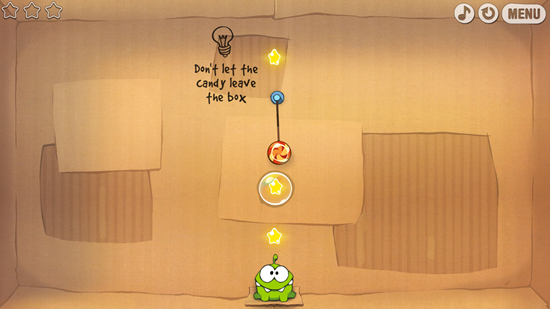 Cut The Rope is an awesome game for Windows 8, and a majority of you may even have played it on other platforms like iOS or Android. In this game, you have to feed candy to the ruggedly cute creature Om-Nom by cutting the ropes from which the candy is suspended from. The game works well on touch screen and non touch screen devices, and it will surely keep you entertained for hours. The game is divided into different levels like Cardboard Box, Fabric Box, etc., and each box or level has various stages. With each progressing stage, the game gets a bit more difficult, from Stage 1 being the easiest of all stages in each box. The objective of the game is to feed candy to Om-Nom while collecting all the stars in the level within the least possible time.

Get Cut The Rope. 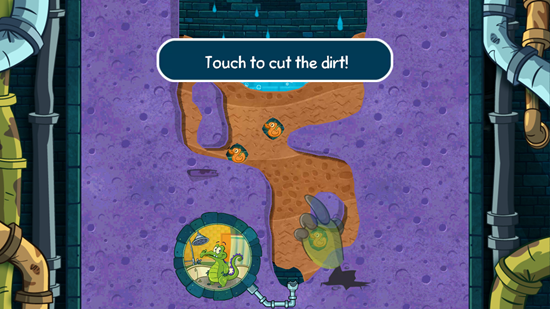 Where’s My Water? 2 is a free game for Windows 8 that is extremely addictive in all aspects. You might have already played this game on Android or iOS. I can safely say that this app offers similar (or even better) graphics on Windows 8. In the game, you have to cut the dirt for the water to flow and finally you have to guide the water into the pipeline to Swampy the crocodile’s bathtub who wants to take a shower but there is no water in his shower. To make a high score, you have to collect the rubber ducks on the way by guiding the water through the mud in such a manner that you retrieve as many rubber ducks as possible. The gameplay strategy and controls are incredibly simple, but as the levels progress, the game becomes increasingly difficult. This allows you to stay hooked for a long time indeed! 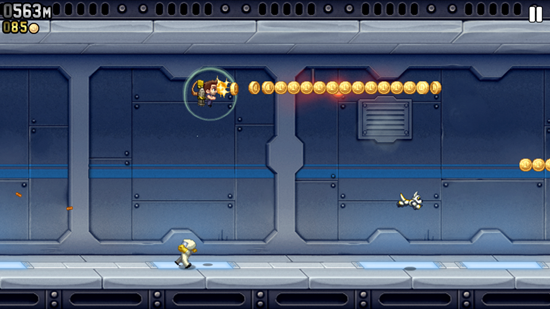 Jetpack Joyride is another game that you might have already played or heard about. This game is extremely addictive, and in it, you play as Barry who steals a Jetpack inside a lab and then rides it around the lab itself. It’s fun to see the scientists who work in the lab covering their heads and running around to save themselves from the blast of the jetpack. To control the jetpack, you can use the up arrow button to get a boost, and when you leave the up arrow, you come down to the ground. Inside the game, you can collect coins and you also receive power ups like dragon which breathes fire (Mr. Cuddles), flying bird (Profit Bird) etc. You have to avoid the zappers, rockets and lasers as they kill you. The aim of the game is to get the highest possible score in terms of distance run (in meters) without dying. 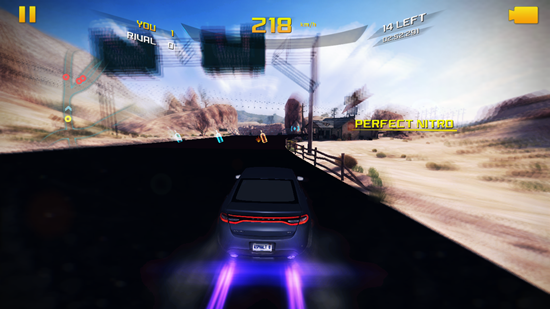 Asphalt 8: Airborne is by far the best and the most immersive racing game that you can download for free from the Windows 8 App Store. Before I tell you anything about this app, you should know that the size of this game is massive- over 1.2 Gigabytes, so you should only download it over internet plans that have a large data limit so as to avoid any extra charges. Don’t even think of downloading it over a WiFi hotspot set up by your smartphone. When you launch the game, you will be greeted by a screen where you can choose to begin your career as a racer. During a race, there are nitrous pick ups that you can use by pressing the spacebar key to get a boost. Pressing ‘C’ changes the camera angle of the car, and right and left arrow keys make the car turn right and left respectively. You can perform stunts in the game like barrel roll, fly time etc. by speeding on upward sloping ramps throughout the game. You get reward money based on your race performance which you can then use to purchase cars, upgrade your car, etc.

So guys, this concludes my list of 4 free popular games for Windows 8. I do hope that you will have fun playing these on your Windows 8 device!