Bored with killing pigs? Let’s burst some bubbles on Android.

Smiley Pops is a free Android game to play with smiley like balls on A ndroid. The premise of the game is quite simple: you need to get 3 balls of same color together, in a row, in a column, or diagonally. However, the twist that this game introduces is how to move around the balls to get similar colored balls together.

To move the balls, you will have to select 3 balls together that form a triangle. Then the triangle will move in a clockwise direction, so that each of those 3 balls takes the place of next ball in the triangle.

I know the above description might have sounded a bit complicated. So, before we proceed further, check out the screenshot of the app below, and below the screenshot you will also find a small video that shows how it works. 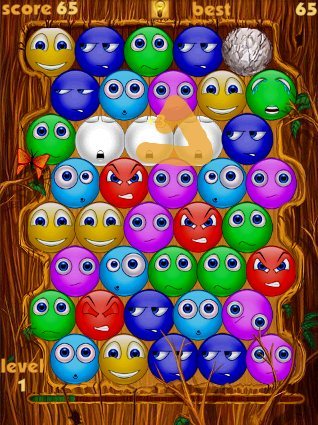 You need to get as many smileys together as possible. Once they are in a group of 3 or more, they pop, and you score.

There are many different types of smileys in this game, like, laughing smileys, winking smileys, angry smiley (what an irony!), and so on.

The good part of the game is its multiple game music sound. You can anytime change the game music, if you don’t like the one being played.

If you are looking for any Android messaging app that enables smileys, emoticons, pictures, contacts, videos and much more, then refer Handcent messaging app for Android.

Some Key Features Of Smiley Pops for Android:

You can also check out Shooting game app for Android that we reviewed earlier. 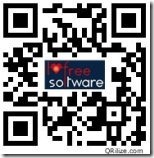 Smiley Pops is truly a nice and simple game to play on Android. Let us know in comments if it was able to get you away from killing innocent pigs.

(P.S.: My last sentence about “innocent pigs” sparked off a debate in our office regarding whether those pigs are really innocent. I’ll let you know if we settle on it. Doesn’t seem likely. Look forward to bloody pictures of your favorite writers.)