Play & Learn is a free educational app for Windows 8 for the kids to learn ABC and nursery rhymes (poems) in a fun and interactive way. When you launch the app, you will have three options on the main screen of the app, namely, learn ABC, trace ABC and Poems. Learn ABC and trace ABC basically allows you to teach your kids ABC and various objects that start with the letters of the alphabet. The Poems button allows you to view animated videos of nursery rhymes which the kids of all ages, and even you will surely appreciate! The app has a nice overall feel to it and having no ads, it makes for a perfect companion to teach your little ones.

When you install and run the Play & Learn app on your device, you will see interface similar to as shown below. 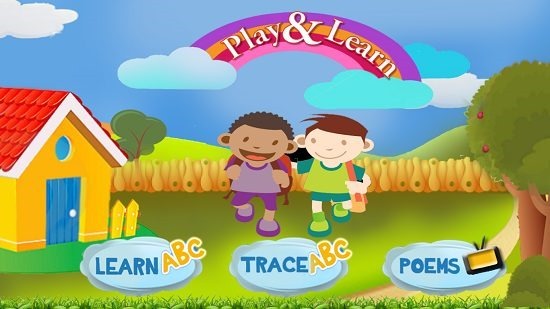 You can choose to click on any one of the three buttons, namely: LEARN ABC, TRACE ABC, and POEMS. If you click on the LEARN ABC button, you will be presented with an interface as shown in the below screenshot. 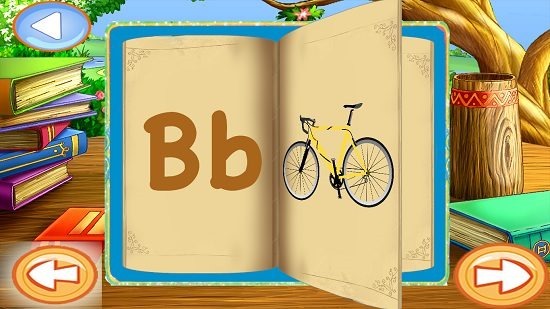 As you can see in the screenshot above, the above interface is designed in the form of an interactive book of which you can flip the pages to see the various letters of the alphabet and the items that start with the same name. The app also reads out the letter and the item’s name. Suppose you are on the page where you can see the letter A, the app will say “A. A is for apple!”. Similarly, it will announce the same for other letters as well. The one nice thing about the interface here is that it’s designed in the form of a book whose pages can be flipped by clicking on the arrow buttons at the bottom of the screen on either side.

In the main screen, if you click on TRACE ABC, you will be presented with the below interface. 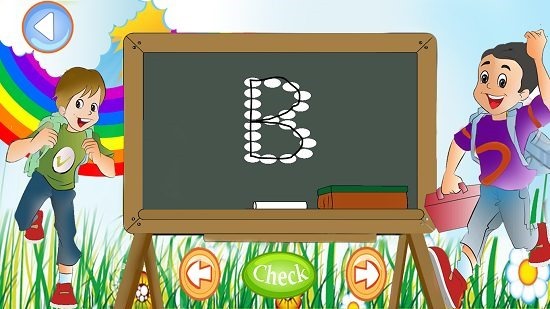 As you can see above, you will be able to see the dotted pattern, where you have to trace the line using your mouse or by touch input. Once you are done tracing, click on the check button at the bottom and you will be able to see if the letter that you have traced is correct or not. The correct answer shows a green smiley, whereas the wrong answer will show a red sad face. 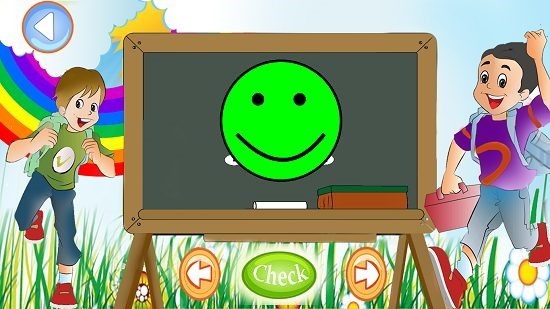 Similarly if you choose to click on the POEMS button in the app’s main screen, you will be shown the below interface of a video player where you can start the playback of videos by clicking on the buttons on the left side of the screen. 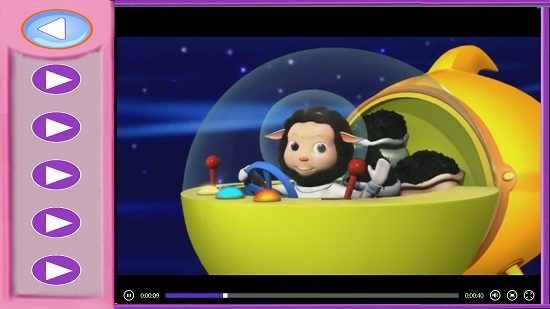 There are a total of 5 poems (nursery rhymes) built into the app that you can access by clicking on the buttons on the left pane. When you click on the same, you will be presented with a video player interface at the right where you can toggle the playback using the on screen playback controls. You can even choose to seek, play, pause, make the video full screen etc.

Play & Learn is a nicely designed app that allows you to teach the alphabet to your kids, and even teach nursery rhymes while being extremely fun at the same time. The app has no ads, no hidden charges whatsoever and the design of the app is pure genius! The kids will surely appreciate the app and will definitely have fun with the interactive ABC book and the tracing game, and at the same time will also enjoy the animated video nursery rhymes as well!