Cool Timer is a free desktop timer application which can be used by anyone who needs to measure time and set deadlines either to themselves or others. One situation where Cool Timer can be very helpful would be with children when they are using the computer, where limits have to be set. Simply wind up Cool Timer and let it worry if the right time when the little ones need to get off the computer for someone else to take their turn. 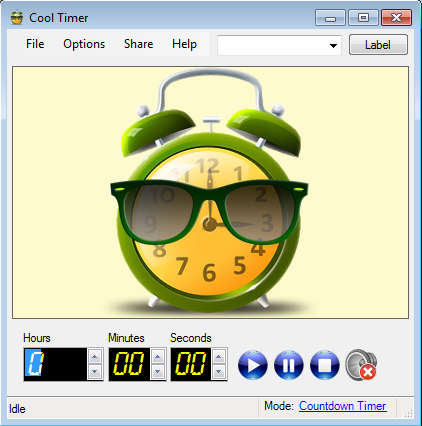 There are three different modes of work offered by Cool Timer, Countdown, Alarm and Stopwatch. By using Countdown, you can set the amount of time that your children are allowed to spend on the computer, start the countdown meter and Cool Timer is gonna notify you and your kid when the time is up. Some of the useful features found in Cool Timer would be:

We mentioned that Cool Timer can be used to limit time that kids spend on the computer, but don’t stop there. Take your laptop to the kitchen and use not only your computer as the timer, but also your laptop when you’re cooking. If you need to keep track of time while exercising, use your laptop and Cool Timer, here’s how.

How to use Cool Timer – free desktop PC alarm application

To setup the Cool Timer application, you’re gonna have to decide what mode of work you want. For now we are gonna set the Countdown timer, which can be activated in the lower right corner of the application. 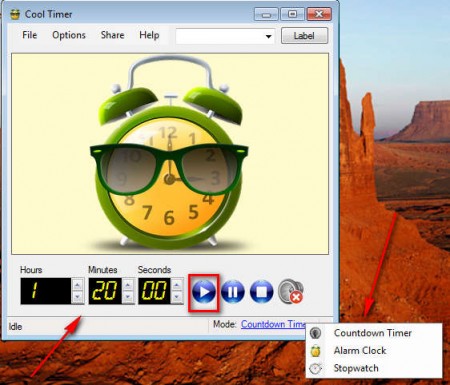 Once that the Countdown Timer is activated enter the number of hours, minutes and seconds before the alarm is gonna sound and then when everything is set hit the play button. Notice the alarm clock image in the middle of the screen, that’s the image which is gonna graphically show the time that has gone and time that has left. To change them open up Options and then Preferences. There you can also set the alarm sound. 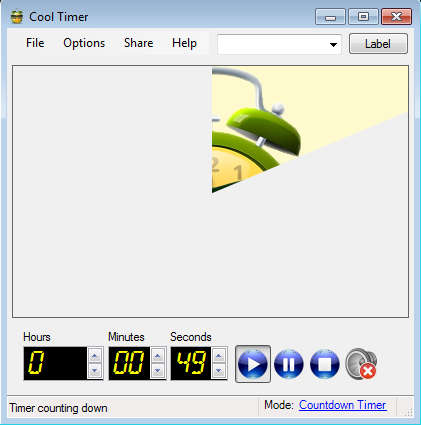 As you can see from the screenshot above, the image will be shown in a pie chart manner displaying the remaining time. Once that the time is up the alarm will sound. Both the image used for the graphics and the alarm sound can be changed if you click on Options and then Preferences.

With Cool Timer you can keep track of how much time was spent on the computer, or keep track of time when you’re doing pretty much anything. The only drawback would be that you need the computer in order to use it, but if you’re doing something close to your PC or notebook, then this is the alarm application for you. Download it and see for yourself how useful it is.