Checkpoint Champion is a free car game app for Windows 10 which allows you to play with a cute tiny car. The aim of this game is to hit as many checkpoints as possible while trying to finish in the least possible time. The game is pretty lightweight and is free from ads of all types. The game makes for a great download on all devices with Windows 10, be it touch screen or non touch enabled, as the game supports both touch and non touch controls. Touch screen devices are supported by means of tilt and touch controls whereas non touch devices are supported via the arrow keys.

Checkpoint Champion is available for free from the Windows App Store.

Running the game presents you with the main screen of the game. Here you can click on the NEXT button and you will be prompted to select your car. 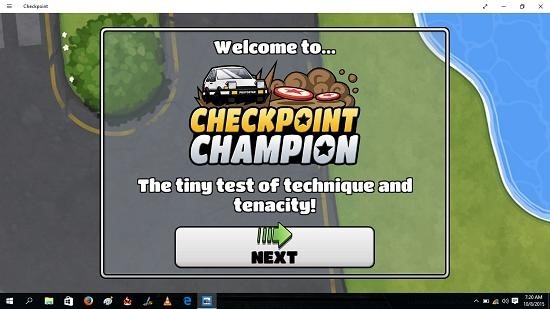 The car choice screen is pretty straightforward. Here, you will be asked to choose one car from a list of three cars shown. Basically the difference between these cars is that they are of different colors…there are no performance or handling differences between these three so you’ll be fine with choosing any of the three cars for your gameplay purposes. 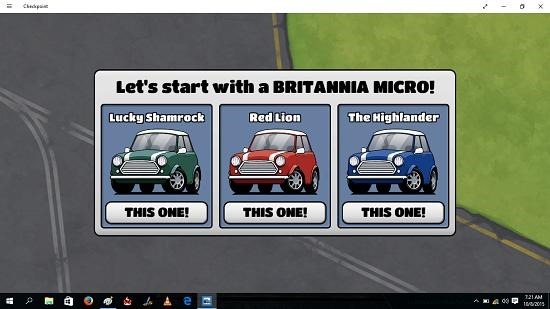 Soon after you choice is made, you will be shown the controls. 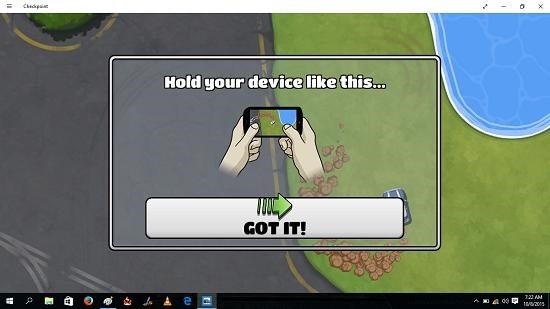 Just click on GOT IT when you have understood the controls of the game. The level selection screen now follows. 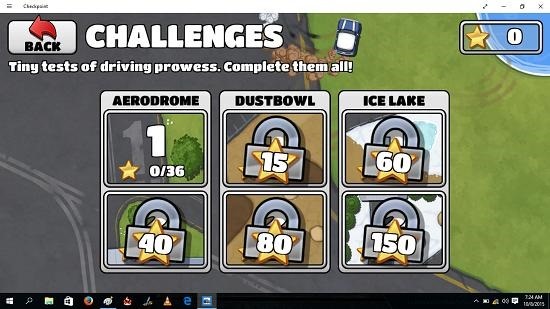 Simply click on the challenge you wish to play. As always, you can only play the unlocked challenges and challenges get unlocked only when previous ones are completed. The gameplay interface is shown below. 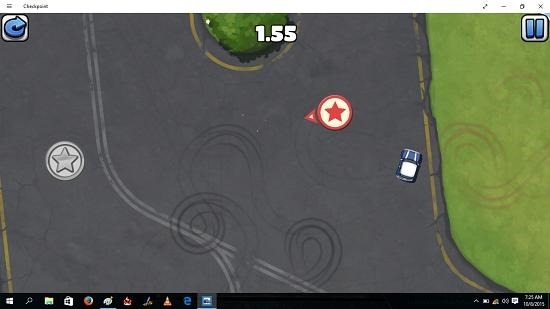 You can use the following controls in the gameplay screen to hit the checkpoints marked with stars.

In the gameplay interface, you will be provided with a limited number of seconds which count down in the reverse order and can be seen at the top center of the screen. A challenge is marked complete when you hit all the checkpoints within the stipulated time. From the gameplay interface you can also choose to pause the game via the button at the top right or restart the challenge via the button at the top left. When the time runs out during a challenge, you will be shown the below screen. 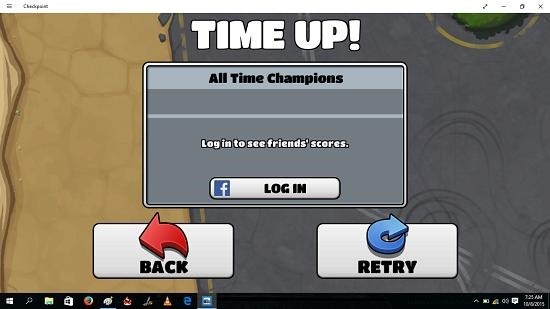 You can then choose to return to the menu or restart the level.

Checkpoint Champion is a great app for Windows 10 which allows you to test your driving skills. The game is lightweight and being free, you’ve got nothing to lose by downloading it for your device!