Programming tools of the Programmers Calculator are hidden away behind tabs at the top of its interface, see image down below. 7 tabs are available which means that there’s 7 different tools that you can use to make programming easier on you. Options tab in the top left corner only allows you to change the default hash algorithm between the three that are supported. 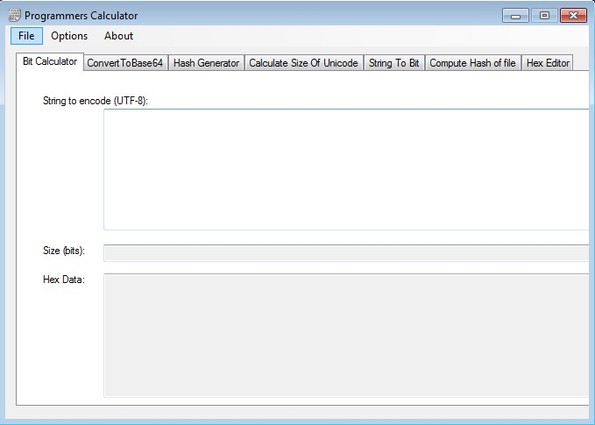 Key features of Programmers Calculator are:

If you’re a programmer you’ve undoubtedly needed one if not several tools from the list above. Programmers Calculator makes it easier on you because you don’t have to use several different applications, or open up a new website every time that you’d like to generate hash values, encode something in Base64 or just find out MD5 value of file, for example. Here’s a few pointers to help you get started.

How to perform programming calculations with Programmers Calculator 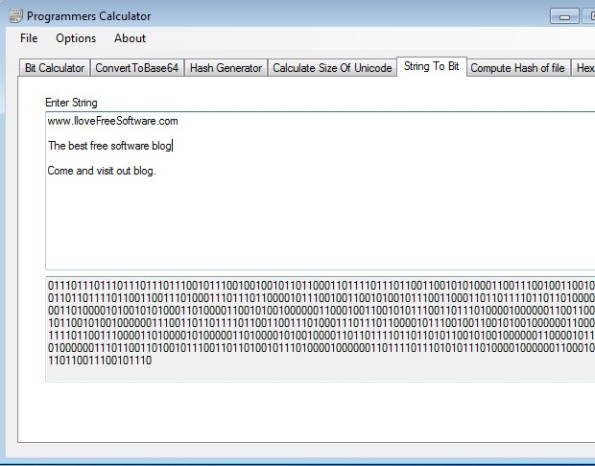 Let’s start with string to bit or in other words text to binary conversion. To do that you’re going to have to open up the String To Bit tab. Once you’re there, the only thing that you need to do in order to start converting text to binary is to start typing in text in the Enter String text box at the top. Binary code is going to be generated down below automatically, as you type. 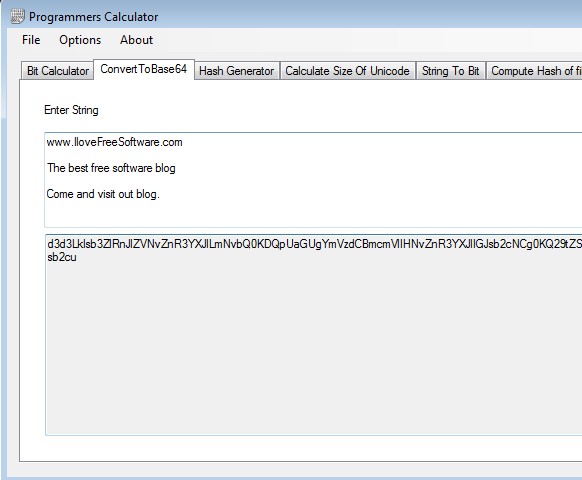 If on the other hand you’d like to convert text to Base64 encoding, you’ll have to open up the Convert To Base64 tab and there do the same thing that you’ve done with the text to binary conversion. 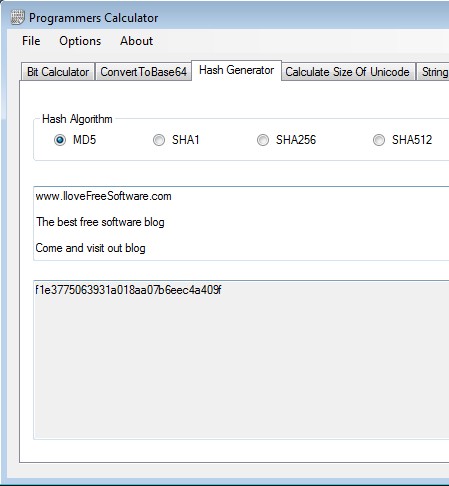 Generating hash values works similarly to the previous two, but here you have an additional step where you have to select what kind of hash algorithm is going to be used. Every other programming calculation that’s available works just like the three that we’ve just described here. Very easy and simple.

Programmers Calculator is very easy to use, and it offers a lot of interesting tools which if you’re a programmer are going to save you a lot of time. Even if you’re not a programmer, if you only need to do a quick MD5 hash calculation, or perform any of the other available calculations, you can give this free programming calculator a try. Calculations are practically instantaneous.