Here’s a list of 5 drum apps for Android which you can use to have fun playing with drum simulators. Android devices can be used for a lot of different things, including acting as quick and dirty turntables for mixing music, like we’ve seen in the previous music mixer apps article. All the drummers out there will come to their own with the following list.

Lets see what apps we found for you. 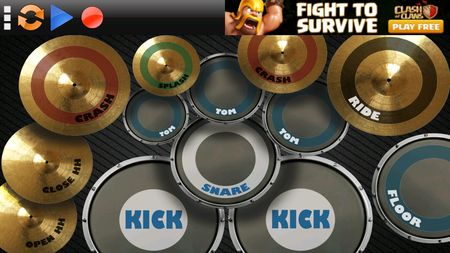 Our first drum app pick is called Real Drum. Don’t worry, despite the name of the app having the word “drum” in single, not plural, you get more than one drum in the drum set that the app has, as you can see from the image down below.

To play the drums the only thing that you need to start doing is taping on the screen. Your masterpiece can be recorded, notice that there’s a record button in the top left corner.

Get Real Drum by Rodrigo Kolb. 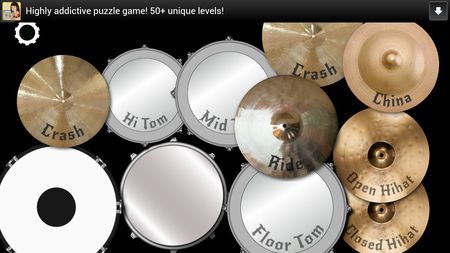 Drum Studio has the practically same selection of drums in the drum kit that the app offers, but the drum kit is the only thing that you get.

Recording isn’t supported, you just get the drum kit and that’s it. Both apps support multi touch which means that you can tap on several drums at the same time, just like the real thing. 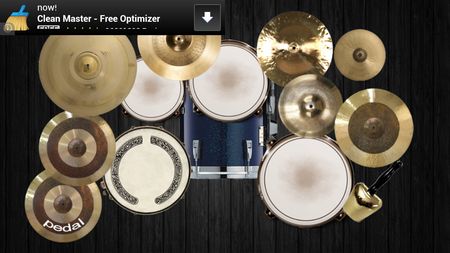 Drums by nullapp brings a very interesting additional feature where you get to setup which drums are gonna be in your drum kit. Menu that pops up after running the app lets you select between setting up the drum kit, just playing drums and recording.

On the image above we’re playing only, not recording. If you selected the recording mode, you’re gonna get recording controls in the top right corner, the same one that the Real Drum app has. 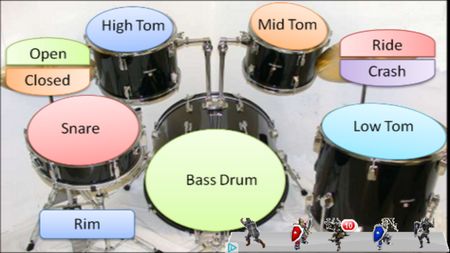 This is another drums app that’s called just Drums, only this one is created by Jaxily.

Recording and playback are supported. Access these features you’re gonna have to open up the menu by tapping on the “settings” button on your phone. To play the drums just tap away on the screen. 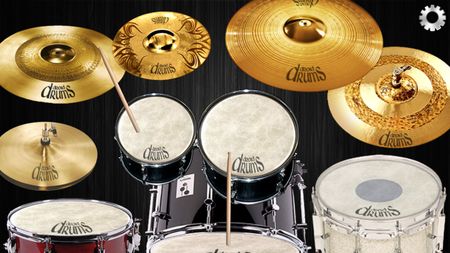 With Drum by scakmack you get a new dose of realism when it comes to playing the drums, drum sticks.

As you can see on the image above there are sticks which you have to use to play the drums. It’s not just tapping your fingers on the screen that you have to do. Drum set is pretty big, and you can tweak setting by tapping on the settings icon in the top right corner.

Out of the 5 apps that we mentioned above, Real Drum, the first one from the list above seems like the most responsive and we recommend that you give it a try first. On the other hand the Drums app by null app is also very interesting because it lets you configure the drum set, so make sure to give that one a try also. Others aren’t quite as bad, but also not quite as feature packed. Let us know what you think in comments down below.