When you run Windows Task Manager 8 you’re not gonna see much, the same thing being true when it comes to running the task manager of Windows 8. 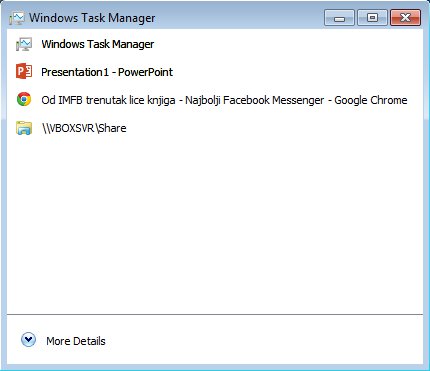 Similar software: How To Use Task Manager in Windows 8.

Only after clicking on More Details in the bottom left corner of the screen that you’re gonna see an expanded information about your system. 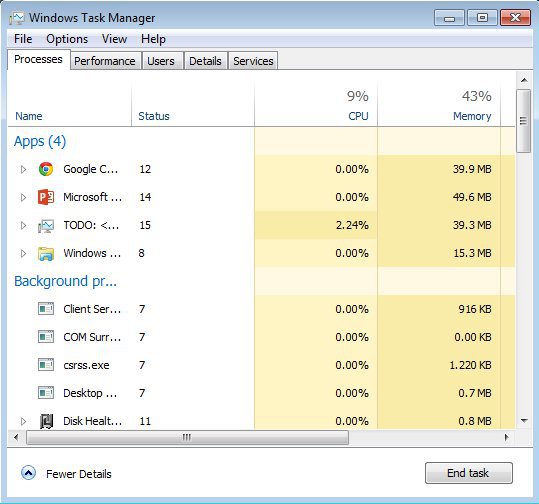 First tab is of course Processes which is where you can keep track of all the programs and processes that are running on your system. Windows 8 has a useful feature of singling out the currently running applications from the rest of system processes. Difference between the new Windows Task Manager 8 and the old one is that you can now also keep track of disk write and network traffic activity for each individual process. Additional tabs are also available which hide additional options. Key features of Windows Task Manager 8 are:

Despite of a lot of dislike from a lot of users towards the new Windows user interface, a lot of people like the upgrades which were made to the individual applications like the task manager and Explorer. If you’re a Windows 7 user With Windows Task Manager 8 you can enjoy the new and improved task manager without upgrading your system. Here’s a few pointers to help you get started.

Like we already mentioned, the only thing that you need to do in order to run this upgraded task manager for Windows 7 is click on the downloaded executable. Both 32bit and 64bit versions are available. 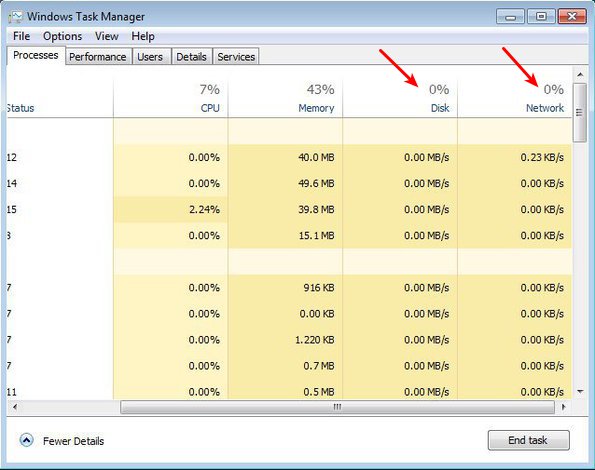 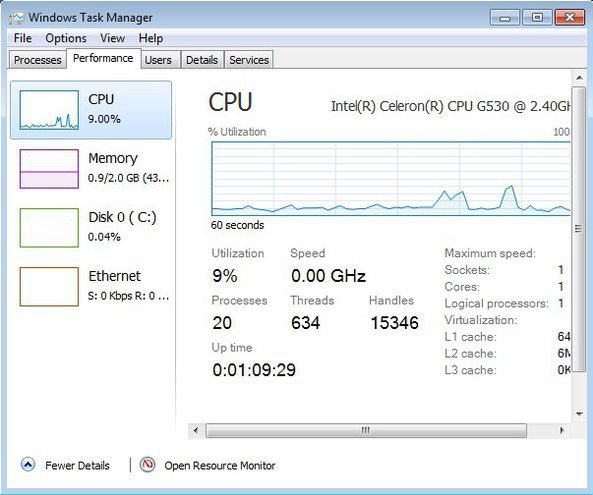 Another change that we’re gonna show, which if you’re a Window 8 user you’re probably already familiar with are the new graphs. They are improved and also show values for the newly introduced activity monitors.

Windows Task Manager 8 brings you the new and improved functionality of the Windows 8 task manager into Windows 7 without asking you to upgrade your system. It will of course not replace the default task manager that pops up when you hit Ctrl+Alt+Del, but for some quick system activity monitoring, this is just the thing.