Image.Viewer is a free image viewing program for viewing images in a simple and straight-forward manner. It offers you an alternative for the built-in Windows image viewer. Because of its ease of use and compact user interface, Image.Viewer is perfect for users who aren’t very demanding and require speed and performance. 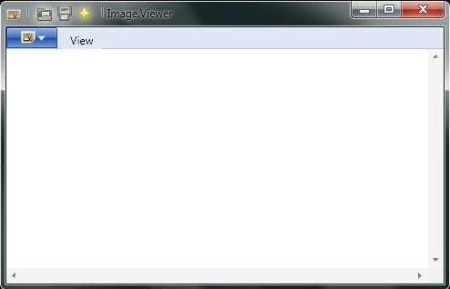 In the image above we can see the main user interface of Image.Viewer. Starting from the top, we have the quick access buttons in the top left corner. There are two menus, first one with standard user options, like open file, and a second one for several extra tools that are specific for image viewers. When you click on that second menu these tools will pop-up; zoom in, out, rotate, etc. Because these are the only options in Image.Viewer, its user interface is as compact as it can get.

Key Features of this Free Image Viewing Program are:

How to Browse Images with Image.Viewer?

If you want to view your photos in this free image viewing software you can do that by clicking on an image directly, or by starting Image.Viewer and clicking on the Main Menu >> Open. This will allow you to browse for the images that you want to view. One of the things we noticed is that when you open an image it will open in a smaller window, and the image itself will be smaller in size. If you maximize the window, images will be bigger but they won’t be fitted into Image.Viewer window, they will be in their native resolution. There is no option to zoom out of a native resolution which can be very annoying when you’re dealing with images that have bigger resolutions. In the image below we can actually see the image which is opened with Image.Viewer and the window of it was sized up so that the image can fit it. 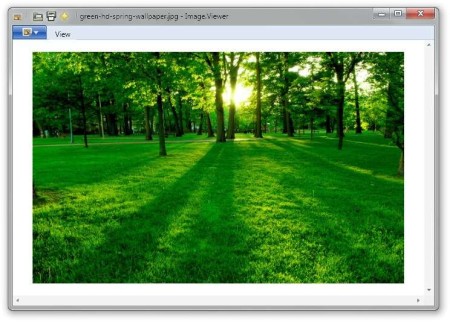 Clicking on the View button will open the previously mentioned menu where you will be able zoom in and only after you zoom in few times will you be able to zoom out. Even though there are not that many options here, every change is almost instant which is very great. This free image viewing software has a limitation in the number of images that you can view, to only one, that’s the simplicity that we were talking about. In other words, if you want to view hundreds of images that you have in your folder, you will have to open every image individually.

Image.Viewer is good for viewing images if you are not a very demanding user. For all those who are interested in quickly opening images from within a directory, without having to open large and cumbersome editors, this is the tool for you. Photos are opened almost instantly. Give it a try and see how it goes. Free download.

You would also like to try pViewer, Toolwiz Pretty Photo, and ABsee posted by us.