Lamphead Out The Darkness is a free 2D platform runner game for Windows 10. The game allows you to play as a person with lamp on his head and you need to dodge obstacles to cover maximum possible distance. The game has neat graphics and is based on mouse clicks or taps on screen in case of devices which have touch support built into them. The distance traversed is shown at the top center and the speed of travel at the top left. The pause controls etc. are conveniently located in the game and the game has good sound effects which bring an eerie aura to the gameplay which sort of goes with the game.

The game is available for free from the Windows App Store. The game has been created by the creators of Lamphead Adventure and hence you may find striking similarities in the two games – but as you might know, the game was removed from the App Store, and was never even made available for Windows 10. Lamphead Out The Darkness has more missions and is more fun to play, the essential principle remaining the same – it’s like the sequel to the original game in the same way that Cut The Rope games have so many sequels. 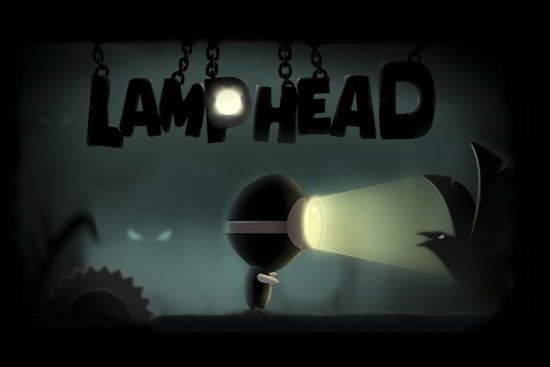 Controls of Lamphead Out The Darkness

How to Play Lamphead Out The Darkness on Windows 10:

When you run the game, the splash screen follows. This is followed by the main menu of the game itself. 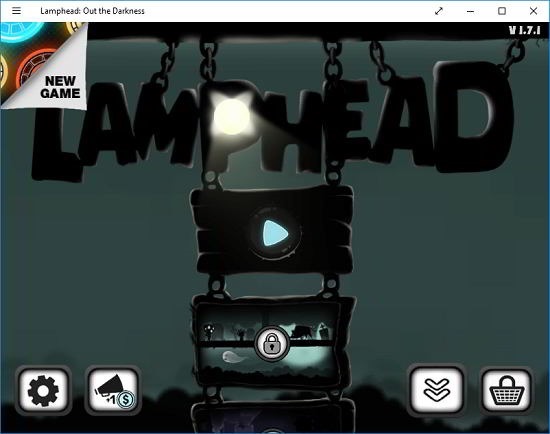 Click Play, and you will be taken right into the tutorial. The tutorial is made to have great graphics all around. 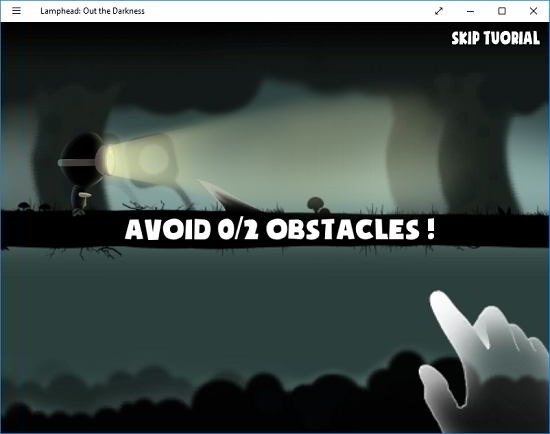 Once the tutorial is complete, a prompt appears on the screen informing you of the same. 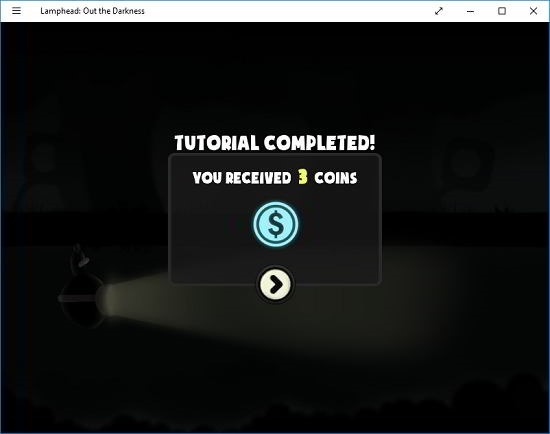 Next, we move into the gameplay itself by clicking on the proceed arrow button in the prompt above. 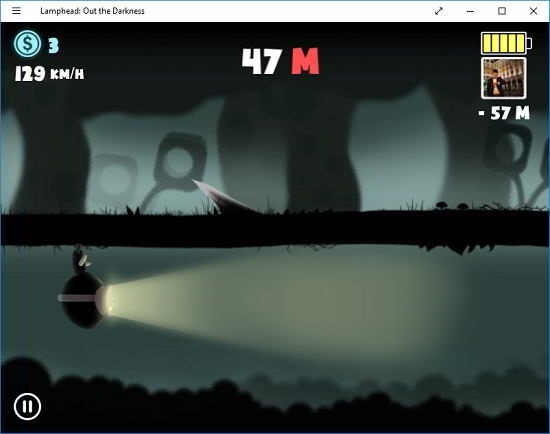 You can see the lamphead inverted on the platform above which can be done by clicking on the screen. This is done to avoid oncoming obstacles. Track of distance and coins collected, as well as speed can be kept by glancing at the top of the game interface. Once you crash, it’s game over. 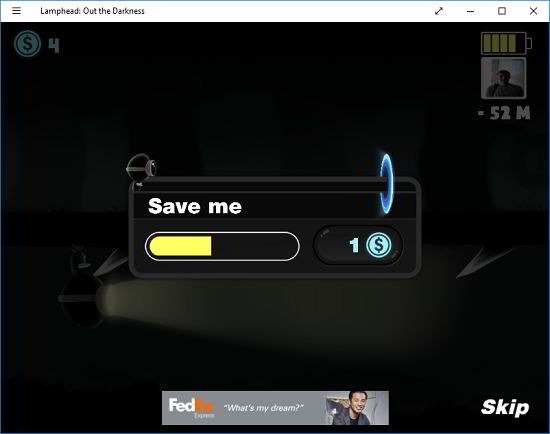 You get a chance to save your player by using your coin pickups. If you choose to avoid doing that, you may also use boosts from the next screen to have an upper hand while playing next time around from the boosts screen, which is automatically presented. 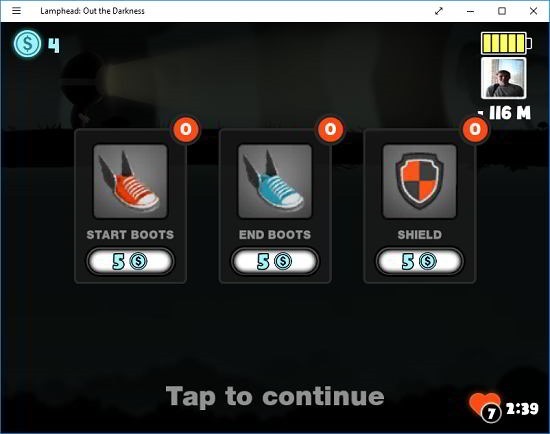 The game has limited number of lives which take time to recharge before you can play again; you might want to keep a track of that in the screen above at the bottom right. That sums up the main features of Lamphead Out The Darkness for Windows 10.

Lamphead Out The Darkness is a good platform game app for Windows 10 devices. If you are a fan of endless platform game apps, you will surely love the game due to its great graphics and everything going for its favor. The game is lightweight and you may easily download it for your device by heading over to the link attached below.

Get Lamphead Out The Darkness.