Here’s a list of 3 Tumblr image downloader extensions for Chrome which you can use to download interesting photos from Tumblr more easily. Not all will agree, but Tumblr does have profiles that post interesting images, images worth downloading. Saving a lot of pics at once can be quite a task. That’s why having some help in the form of apps and extensions can’t hurt. They will help speed up the download if you’re using Chrome at least.

They will help speed up the download if you’re using Chrome at least. 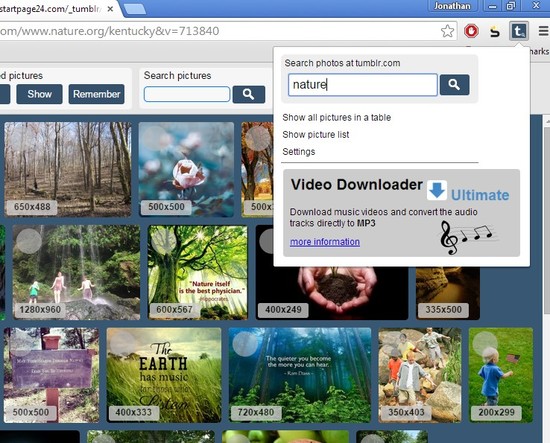 tumblr Downloader Professional can be used for both Tumblr image search and Tumblr image download. First it will let you easily do a keyword search for images on Tumblr. Results will open up in a new tab.

From the results page you’ll be able to easily open up full image preview, find similar images, favorite and lastly download images simply by hovering your mouse over them. Menu with those options will pop-up and by clicking on Save, images are automatically downloaded to your computer.

Also, have a look at How To Download Tumblr Photos and Gifs. 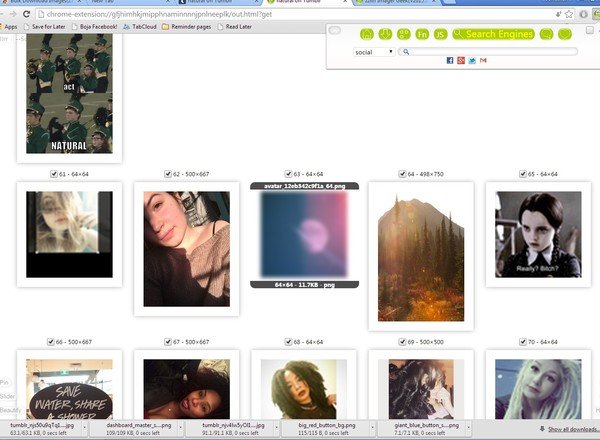 Bulk Download Images(ZIG) operates similarly to how tumblr Downloader Professional does, only it’s much more advanced than the latter. After installing the Tumblr downloader extension, you will get both a search tool and a batch image downloader, not just for Tumblr, but for any photo-rich web page.

The way that Bulk Download Images works is by scanning the web page that you’re on and extracting all the images it finds. This means that you can go to Tumblr, open up a profile or do a search and then run Bulk Download Images to scrape all the images that you find. It will display results in a new tab from where you can filter out images (filter by size is very useful), and then download them one by one or all at once. 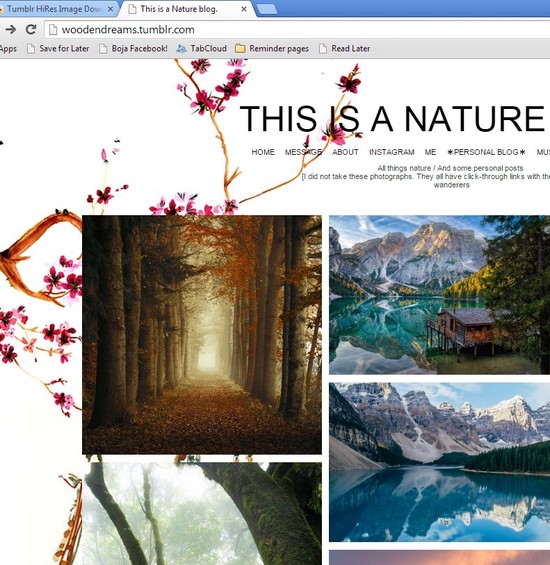 Tumblr HiRes Image Downloader is great because it integrates into Tumblr itself to make it easier for you to download images, highest resolution available, from Tumblr blogs as you’re browsing through them.

After installing this Tumblr downloader extension you should see an overlay icon in the top right corner of images while browsing Tumblr blogs. Click on that icon starts the image download. Like the name of the extensions suggests, the highest available resolution of the selected photo is going to be downloaded.

Also, have a look at Tumblr Image Downloader, Set Pages to Grab Photos.

All three Tumblr downloader extensions from the list above worked as advertised, and you can’t go wrong with either one you choose. First two, Bulk Image Downloader and tumblr Downloader Professional are more advanced. They support image search and can also be used to download multiple images at once. Tumblr HiRes Image Downloader isn’t as advanced, but it integrates nicely into Chrome so that you won’t even see it there until you hover over images. I suggest you use a combo of Tumblr HiRes and Bulk Download Images because that way you get the best of both worlds.