This tutorial explains how to download Tumblr photos and gifs.

TumblOne is a handy software that helps to download all photos, including animated gifs, from any Tumblr account (or you can say blog). Thus, it can be used to backup all photos and gifs of your tumblr account to your PC. It is a very easy to use software and automatically downloads all your Tumblr photos. You don’t need to go through complicated configurations to grab your photos or photos of any other Tumblr user.

Another interesting feature of this software is that you can add multiple Tumblr accounts on its interface and can download photos from those Tumblr blogs (public blogs) one by one. 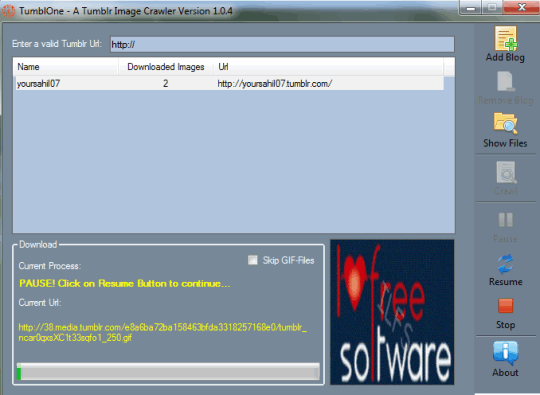 In above screenshot, you can see interface of this Tumblr photo downloader software.

How To Download Tumblr Photos and Animated Gifs Using This Freeware?

Step 1: Access its homepage by using the link I have placed at the end of this tutorial. Download its zip archive which is less than an MB.

Step 2: Extract the downloaded zip archive and execute TumblOne.exe application file. This is a portable software and installation is not required. So its interface will open after executing the application file.

Step 3: On its interface, you need to add URL of a particular Tumblr account, see the screenshot below. After entering the URL, tap on Add Blog account. This will add the blog to the list on its interface. 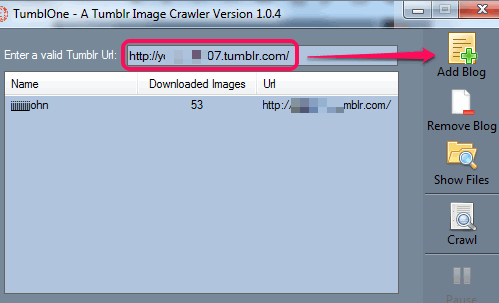 Similarly, you can add more accounts.

Step 4: Select a particular account and tap on Crawl button. It will start fetching still images from that Tumblr account. All photos will start downloading to default destination location. Image preview for downloading image will also be visible to you. 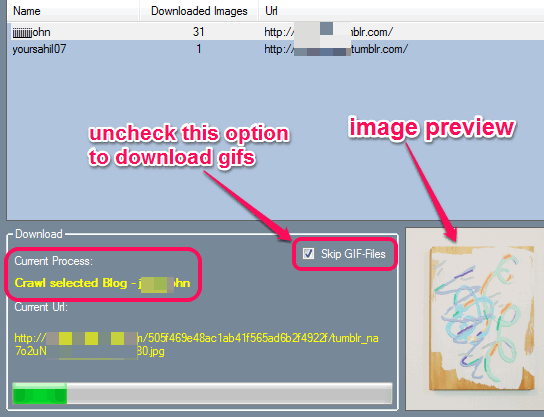 By default, Skip GIF-files option remains active which prevents downloading animated gifs. But you can uncheck this option to start downloading gifs as well. 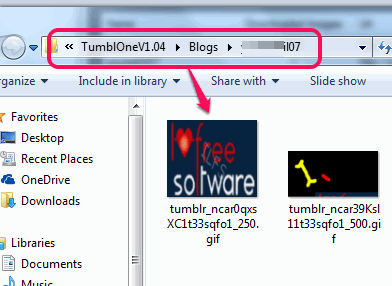 TumblOne brings a straightforward solution to download Tumblr photos from any account. However, it doesn’t let user to select images to download, which could be a more useful feature. At present, you can use this handy software to grab all Tumblr photos of yours or any user’s account.