Though, you can play music stored on Google Drive using the official Drive app, but the app acts as a file manager. So, it shows all the files, including, music, documents, photos and others. So in case you have a very large number of files stored on Google Drive, it will become quite difficult to isolate music files. That’s where, these Android apps came in handy. These Apps search for music files on Google Drive and then play them for you. 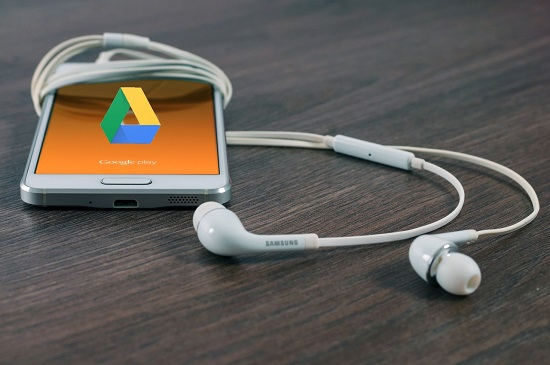 The best part is that these apps do not even need Google Drive to be installed on your phone.

What are 5 Free Android Apps To Play Songs From Google Drive on Android?

Beat is a free Android app that lets you play songs from Google Drive. The Beat app is quite different from other apps of the same category, as it offers many features for customization. It also offers a music equalizer and you can add multiple clouds in it. Additionally, you can change its theme to look more attractive. And the best thing about this app is that once a song is streamed in it, you can always listen to it even in offline mode.

Once you have downloaded and installed this app, then you can add your Google Drive by signing in. You can also add other clouds as well, including One Drive, Dropbox, and box. After that it lists all the music files, and folders by fetching them from the Google Drive. See the below screenshot. 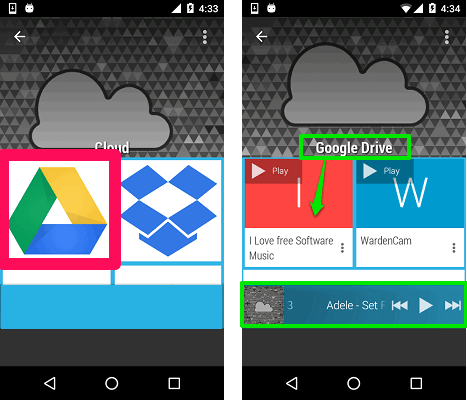 To play a song, simply tap on it, it will take some time to stream and then you can play it. Also, you can manipulate the sound levels using the built-in equalizer. To use the equalizer, you will have to enable it first from the App settings.

So, in this way you can import music files from Google Drive and listen to them using Beat.

Just Player is another Android app to play songs from Google Drive. Just like other apps mentioned here, you can also use other cloud services to import music files. Just Player supports importing music files from One Drive, Dropbox, and box. It supports multiple audio formats including MP3, M4A, WAV, etc. After fetching files from cloud you can play them using its built-in music player. Also, Just Player comes with built-in playlist editor and equalizer to give outstanding sound effects to your songs.

It’s very easy to get started with Just player. Just download and install it from the above link, and then add your Google account. After that it will show you the list of songs that are available on your Drive, and then you can play them. Additionally, you can also save songs to listen them later. You can see the below screenshot to see the interface of Just Player. 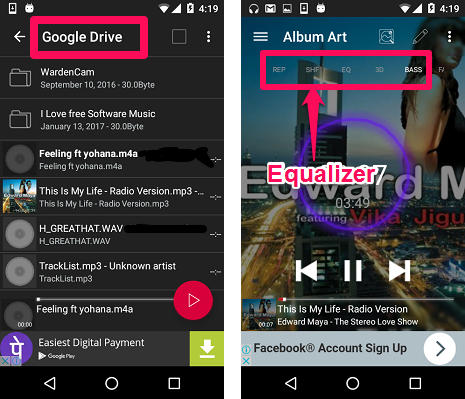 Using Just Player, you can easily play your songs anytime whenever you need them. And the best part is that you can also edit the metadata contained in your music files. So, I found Just Player a quite powerful music player that supports importing music from the cloud and can also edit meta tags of mp3 files. However, there are some advanced features also available if you upgrade to the pro version of Just Player.

My Music Cloud is another free Android app to play songs from Google Drive. Basically its main function is syncing and storing music stored in various clouds including Google Drive. Apart from Google Drive, it can also sync music from iTunes, and Dropbox. However, it only supports MP3 files to import from cloud storage. Additionally, you can also download new songs from it, but it’s a pro feature of this app. Also, in the free version, you can only import up to 250 songs from the cloud. For unlimited storage, you will have to switch to the pro version.

Getting started with My Music Cloud is very easy. You start by signing in with your Google account and then it automatically syncs all your music to your phone. Also, it has various tabs such as Album, Artist, Track, etc., in which it categorizes the imported music files. See the below screenshot, showing the interface of My Music Cloud. 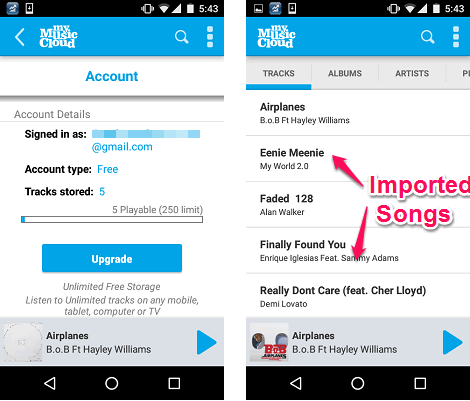 So, in this way you can easily sync songs stored on Google Drive to your Phone using My Music Cloud. However, I really wish that that online songs downloading feature wouldn’t be paid. Otherwise the app is nice to listen songs from Google Drive.

CloudBeats is a dedicated Android app to play songs from Google Drive. Using CloudBeats, you can import music files that are stored on Google Drive, Dropbox, One Drive, and box. In the free version you can only add music from one cloud at a time. As we are only interested in Google Drive, so this limitation does not impact us. However, CloudBeats does not support multiple audio formats; it can only fetch Mp3 files.

This app hardly packs in 11 MB of size, and you can easily download and install it on your Android Phone. After that, open it, and in the Files tab, add Google Drive. After that you will see that it will automatically list all the music files, and folders that contains music files. You can see the below screenshot. 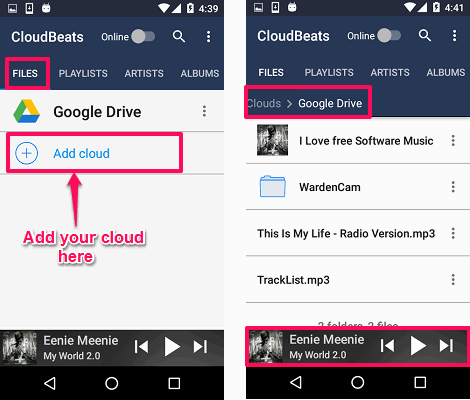 Additionally, you can also make the playlist with the songs that you just imported from Google Drive. After loading all your songs, CloudBeats auto categorizes them based on Album, Artist, and Genre, you can see it in different tabs. However, there is no way to add songs to the playlist that are locally available in your device.

Another thing that is worth mentioning here is that, you can only listen songs in online mode because for offline playing feature, you will have to upgrade to a pro version of this app.

Streammate is a simple Android app to play songs from Google Drive. Streammate is a lightweight app to access songs stored on Google Drive, directly from your Android phone. It only supports Google Drive integration. After login, you can see the list of songs, and folders which contain music files on its interface. It supports multiple audio formats such as MP3, M4A, WAV, etc. It arranges your music file in alphabetical order and also it has a search function on its interface to search music files in case you have a large number of songs. 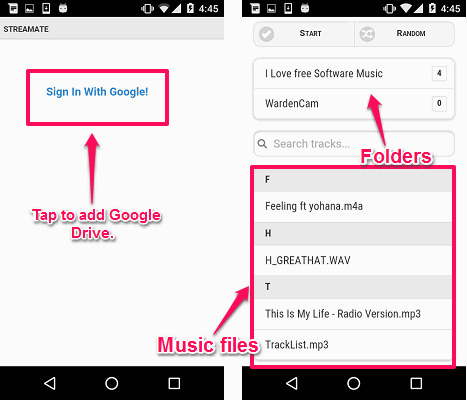 So, in this way you can play songs from Google Drive using Streammate. I really like this app for its simplicity and if you are okay with the fact that it cannot store music offline, you may give it a try.

VLC is a very popular media player among its users and loaded with numerous amazing features. I use VLC Player on iPhone, and it has feature to add cloud services, including Google Drive. But surprisingly, that feature is not available on Android version of VLC yet. However, as this feature is already out for iPhone, I hope it is a matter of time before this feature makes way to Android version too, so that you can play Google Drive songs on VLC for Android.

Also see: How to Play Google Drive Songs from Desktop.