Clipshow is a free Windows 8 app that allows users to play back various formats of videos on their Windows 8 machines. The app is designed to run smoothly, and plays back a majority of video formats like avi, wmv, mov, 3gpp, etc. The app does not consume a lot of system resources, and it does not hog system memory as well. Designed in a Metro UI style, the app is optimized for touch screen and non touch screen devices alike.

When Clipshow is launched on your Windows 8 device, you will be presented with an interface from where you will be able to choose either the folders or the files that you can playback on your device. The app has a clean and minimalist interface that makes it easy for the users to play videos.

Clipshow is available as a free download from the Windows App Store.

Features of Clipshow App for Windows 8…

When you launch Clipshow on your device upon installing it from the App Store, you will be presented with an interface that looks like the following screenshot. 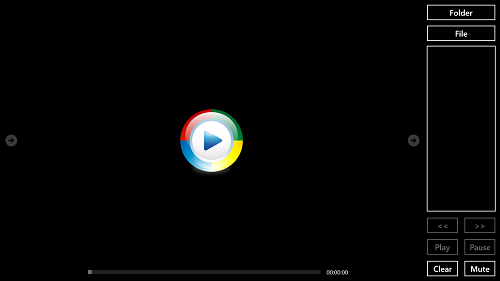 In the above screen, you can select the folder or the file for playback. When you click on the Folder button on the right side of the screen, you will be presented with the file manager window from where you can select the folder which contains the video files for playback. Once you have chosen the folder in the file manager window, and you have clicked on the Ok button, you will be presented with a list of files in the pane on the right (which looks like a long blank rectangular box in the above screenshot). Once the folder has been selected, the box will look like the following screenshot. 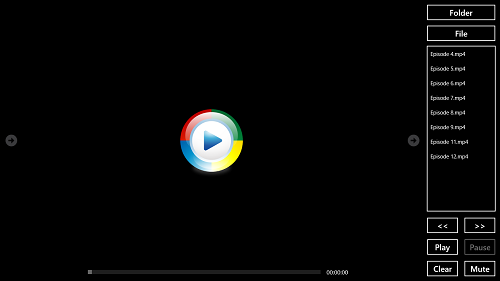 In the above window, you can see the list of videos on the right side pane. Click on the Play button to begin playback of the first video. Once the video is being played back, you will be presented with a screen that looks like the following screenshot. 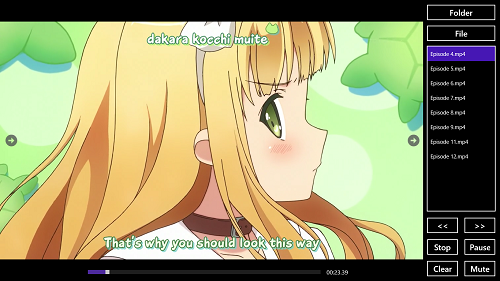 In the above screenshot, you will be able to see the slider that allows you to seek through the video at the bottom of the screen. You can click on any other video in the list on the right to play back another video from that folder. The playback controls like Stop, Pause and Mute are present at the bottom right side of the screen. The Clear button allows you to clear the list that you just loaded up, and clicking on the clear button will make the Clipshow player look like the following screenshot. 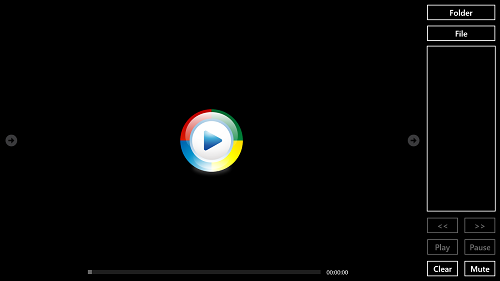 As you can see, the list on the right has been cleared up, and the video has stopped playing. This is all that you need to know to get started with using the Clipshow player for Windows 8. If you are looking for a video player for Android, you can check out the QQ player app.

Clipshow is a great media player for Windows 8 that plays back most video formats like avi, mov, wmv, etc. The app is lightweight and ad-free, and hence proves to be a good download.

Get Clipshow player for Windows 8.