Call Of Duty: Heroes is a free strategy war game for Windows 10 devices. In the game, the objective is to defeat the enemy troops by destroying their bases, and by reinforcing your own base camp. The game revolves around the principle of building your base and nurturing your troops so that they can cause maximum damage to the enemy when being confronted. You can build your base, collect gold, upgrade your troops and your main hero via the game’s intuitive options which are easily accessible.

Call Of Duty: Heroes is available for free from the Windows App Store.

The feature set of this game:

Running the game will first and foremost show you its splash screen which can be seen below. 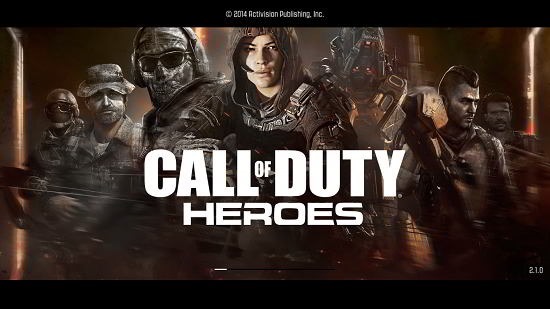 Once the game has loaded up, you will be presented with a brief introduction by your advisor in command. 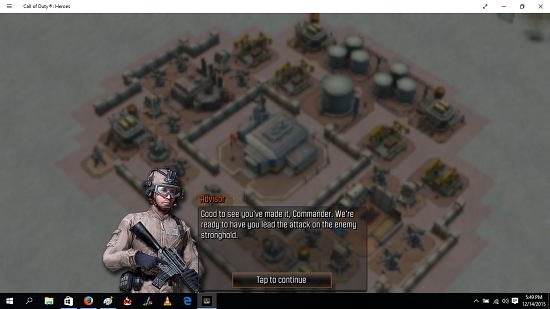 Shortly afterwards, you will be shown the controls of the game. The controls are very simple to comprehend as all the game accepts is mouse input. That’s all. Now, you will be taken into the immersive gameplay interface. 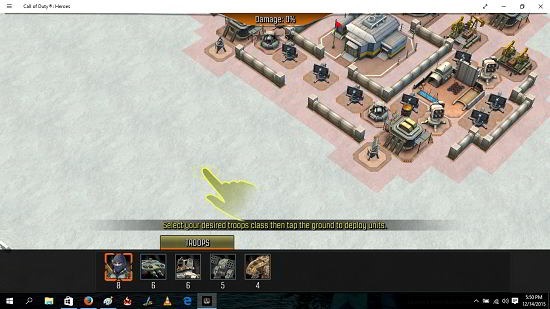 At the bottom of the screen, simply click and place your troops on the map in front of the enemy’s stronghold. Once you have done that, the troops will automatically attack the enemy’s base camp. Once the destruction is complete, you will be shown your stats along with a star rating for your mission as to how well you were able to execute it. 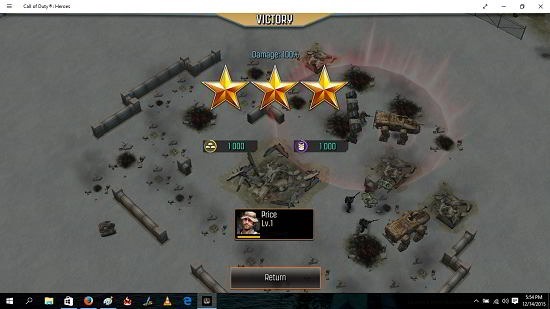 Now you will be taken into your own base camp where you can construct buildings which will help you upgrade your troops. All in all this is a nice strategy game app for Windows 10 devices which supports both touch and mouse input.

Get Call Of Duty: Heroes.