Here’s a list of 5 URL shortener apps for Android which you can use to shorten those long and boring URLs that can’t or shouldn’t be sent either because of character limitations, or just because sending very long URLs is an inconvenience, respectively. Twitter isn’t the only place where you’re limited with the number of characters. Text messages can also have similar restrictions and even if there aren’t, should you really be sending mile long URLs via text?

Following apps can help you avoid that in just a few easy taps. 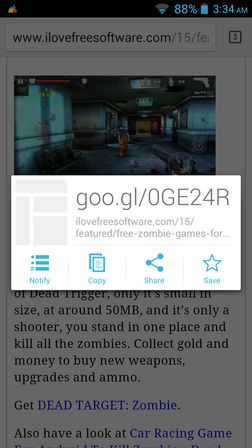 To shorten URLs with this URL shortener app you can either use the built-in share functionality that can be found in most Android apps to share the URL directly into URL Shortener or you can copy and past the URL yourself.

App lets you keep track of the URLs that you shared, gives you detailed stats on the number of clicks on the URL, visitor country of origin, etc. URL Shortener by Thomas Devaux uses Google’s own URL shortener, so all the tracking features of Goo.gl are also available here. 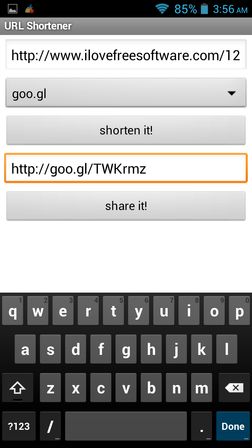 URL Shortener by keineantwort is a simplified URL shortener. For example, here you won’t get advanced stats about who clicked on the URLs that you shared.

But URL Shortener by Keinantwort does have its advantages. For example,it lets you select between 9 different URL shortening services, including goo.gl. Sharing can again be done directly from other Android apps by sharing the link into URL Shortener, or you can copy-past the links manually into the app yourself.

Also have a look at 4 Free URL Shortener Online Services To Combine Several URLs Into One. 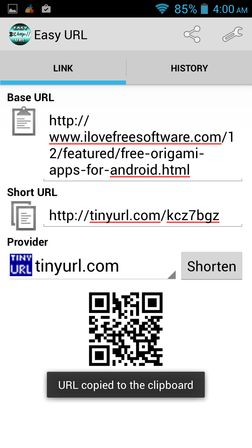 Easy URL Shortener is very similar to the URL shortener published by Keinantwort. Its aims are simplicity and bare functionality.

Here again multiple URL shortening services are supported, 6 of them to be more precise. Next to short URLs, QR codes are also generated for even more easier sharing of the shortened URLs with other people, and the URL is automatically copied to the clipboard so that it can be pasted right away. 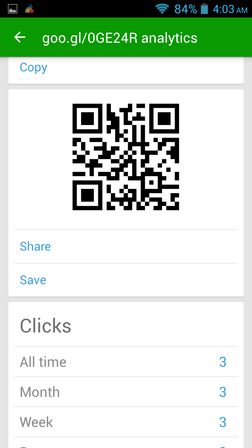 goo.gl URL Shortener is like you can see from its name, another URL shortener centered around the Google’s URL shortening service Goo.gl.

goo.gl URL Shortener also gives you access to detailed stats and charts about the click generated by the shortened URLs. App is simple but yet gives you the same advanced Goo.gl features that URL Shortener by Thomas Devaux has.

Also have a look at 5 URL Shortener Addons For Firefox. 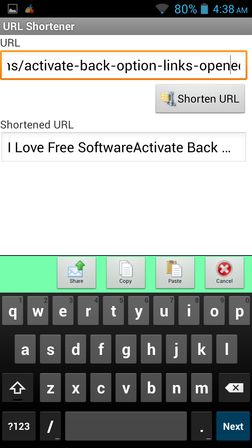 Get URL Shortener by Toro.

Two apps from the list above are my favorites. First the URL Shortener by Thomas Devaux, followed by goo.gl URL Shortener. First one has lots of advanced features, while the second one is simplistic, while also offering useful advanced goo.gl features, like link click stats tracking. Try them and let me know what you think in comments down below.