Color Splash FX is a free Android app to edit photos on Android. The app comes up with two photo effects which is color effect and black & white effect. You can make any color image look black & white on Android phone.

The most important part of this Android photo editor app is its shading part. The app allows you to shade black & white or color effect to the parts of the photo where you want. You can then save the image from the app and share it with your friends and others. The app works same as color touch effects app for Android.

Login to Google Play Store and then search for “Color Splash FX” app in Google Play Store. You can even scan the QR Code below, if you have the Barcode Scanner app installed on your Android phone. Tap on install button. 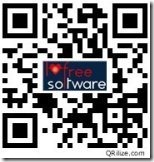 I truly liked this Android Color Splash FX app when I installed it on my Android phone. I changed my Facebook profile picture by adding double shaded image. You can also, try FX photo editor app for Android to edit photos.