Microsoft has recently released Windows 8, and there has been a lot of talk about the new and redesigned interface that it has. New version of another very important component of the Windows OS was made available, its web browser, the 10th incarnation of Internet Explorer. Earlier IE 10 was available for Windows 8 only, but now Microsoft has release IE 10 for Windows 7 and Windows Server 2008 as well.

A lot of new features are available which should improve the user experience as well as make Internet Explorer 10 available on other platforms. Here’s a quick overview of all the new changes made to IE 10. 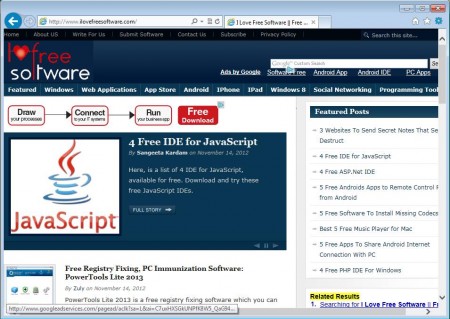 As you can see the interface of the latest version of IE hasen’t changed that much. Like with every other web browser, Internet Explorer 10 is working even more on hiding menus and decreasing the space that top toolbar is taking up. This is even more evident when you are using it in Windows 8 where it’s fullscreen with menus totally hidden and only available when you hover with your mouse over them near edges of the screen. New features found in Internet Explorer 10 are:

Internet Explorer 10 is available only for Window 7 and up, so if you are using Vista and if you didn’t even move away from XP, if you want to enjoy IE 10, you’re gonna have to upgrade your system. Here’s a close up of latest version of Internet Explorer.

Let’s start with the most easily demonstrable feature that’s being introduced in IE, the Flip Ahead feature which add IE’s own Next page controls when you for example are on a site that has several pages or when you need to flip through image search results.

Next major step that Microsoft took towards making IE more user friendly would be the inclusion of Adobe’s Flash into the default installation. Now you can enjoy Flash right away without having to do any additional setup. Other major changes that IE has gone through are all beneath the hood, expect of course port to the Windows Phone. 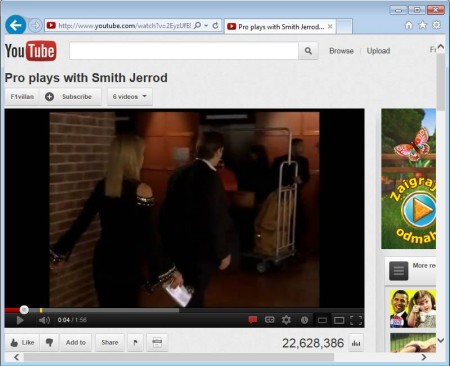 On the image above you can see IE 10 playing Flash right away after install. Interface is pretty much the same, with only three buttons available in the top right corner for home, favorites and settings. Additional changes that have been happening to Internet Explorer 10 are all related to the website rendering. Support for additional CSS and HTML5 tags have been added, which should help out web developers.

A lot of new and interesting features have been incorporated into IE 10, especially if you are using it in Windows 8 where the interface looks very different. Speed has for us improved a little bit, but not by much. Download for free and try it out. Available for Windows 7 , Windows 8, and Windows Server 2008 operating systems only. Free download.