Incursion is a free strategy game to play online for free. Defend your territory from the enemies entering it. To do so, you are provided with soldiers, called Defenders.

In this game you have to deploy your soldiers (aka defenders) to kill the enemies before they spread darkness in your territory. You can accommodate 27 different kinds of defenders in your army. You can upgrade their skills and use special powers to increase their armor. Place them in proper positions to defend your territory in a tactical way. 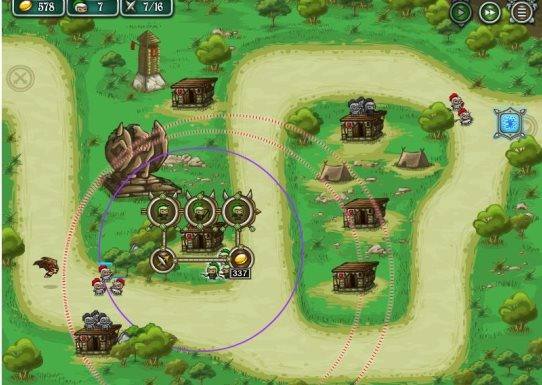 Incursion is a game of swords and special fantasy powers. The game is based in a big territory that has paths and mountains. You will see a path leading from one end to other (as shown in above screenshot). One end is the point from which the enemies will enter and the other end is your territory. Enemies want to enter your territory by following the path. You have barracks placed along the path to fight the enemies. Use your soldiers in a strategical manner to obstruct the enemies from reaching your territory.

To fight out the enemy, you have defenders. You can deploy up to 3 defenders per barrack. Each defender has a radius in which they can be placed (see circles in screenshot above).

Enemies come after random intervals of times. When they come around your barracks, you have to use your defenders to fight them. Your soldiers are smart enough to fight the enemies once the enemy approaches the barracks. You just have to ensure that you have sufficient number and right type of soldiers deployed on the barracks along the path which your enemy is taking (more on soldier types after the jump). 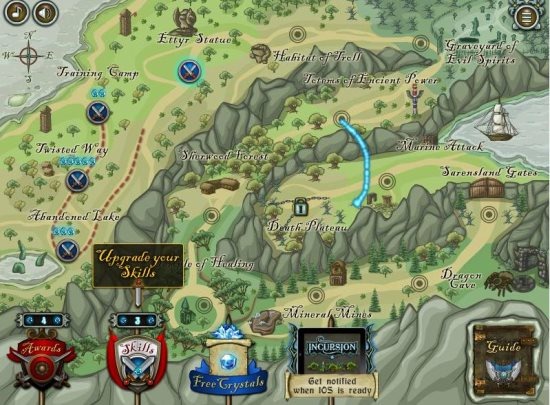 Type of defenders: The defenders you can develop are: Footman, Archer, and Sorcerer. Footman is a basic warrior, Archers are anti air defense guys, and Sorcerers can’t participate in combat but can defend the other army guys.

How to Fight the Enemy:

The enemy types are: flying enemies, speed guys, magic guys, and more. When a group of enemies enter the path, your defenders will fight them automatically. During the battle if your soldier is dead, they will be born after sometime; in the meantime, defend with other soldiers who are alive.

Your duty is to deploy the soldiers in the right place and time. There are special spells using which you can kill the enemies instantly.  The special spells activate at a certain time; use them properly to kill your enemies. Those spells are: cloud arrows, liquid fire, stuns, healing scroll, slow, and mutilation.

The game will guide you through every moment and will notify about each special enemy too. If you are confused about anything just press the menu button located at the right top corner to view the guide.

The controls are pretty simple: 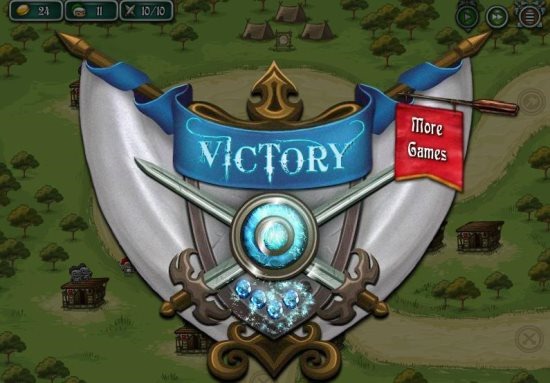 Incursion is a good free strategy game to play. After certain levels it gets more interesting and tough too. The graphics and sound effects are too good. You can also try other strategy games like: Overhaul and 0 A.D.