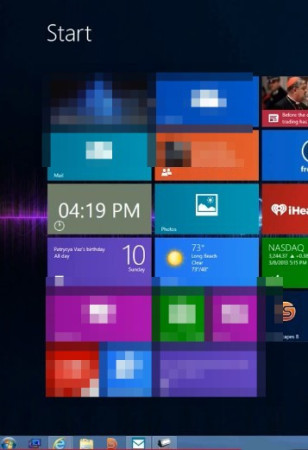 Clicking on any of the Start Screen activators is gonna open up the new user interface, but it’s gonna open up inside the Desktop mode, taskbar and everything’s gonna still be available down below. Key features of ImmersiveTaille are:

Introduction of the new Windows 8 user interface has left a lot of desktop users in a state of shock. Loss of the start button for some also meant the loss of a lot of productivity. If you are one of those who don’t like switching back and forth between the Desktop Mode and the Start Screen, but like the new Start screen, ImmersiveTaille can help you have both, here’s how.

To get what you can see on the first screenshot above, you’re first gonna have to start this free Windows 8 Start Screen button alternative. Since it’s portable, you just need to download and click on the executable. 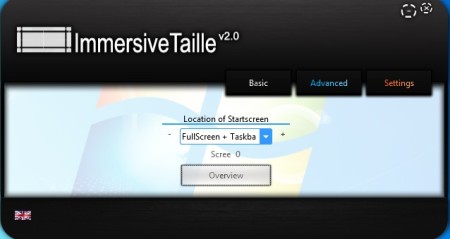 As soon as you do that, the Start Screen should be available from inside the desktop, but to fine tune it you’re gonna have to open up ImmersiveTaille. Using the Basic tab you can select between the top, left, bottom, right locations of the Start screen or you can turn on to have it fullscreen but while keeping the taskbar. 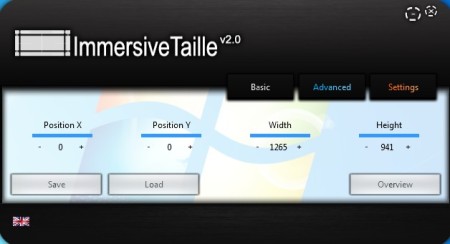 Moving over to the Advanced and Settings tabs you can fine tune the position of the Start Screen on the desktop and tweak things like startup, if the notification area icon is gonna be shown and even automatic shutdown. When you’re done, click on the Overview button, and see how the Start Screen is gonna look like.

Users who enjoy the new Windows 8 interface, the Start Screen but are also interested in having the old taskbar while accessing Start Screen, should give ImmersiveTaille a try. This useful desktop enhancement gives you a nice blend of old and new. Give it a try and see how it goes.