Can Shooter 360 is a free app for Windows 10 devices which allows you to test your aiming skills. In the game, you have to aim and shoot the cans which are stacked around you. You get a limited number of balls which you can fire at the stack of cans and when you have done that successfully, you will be presented with the mission stats screen telling you if you were able to knock off the cans from the arena. The game is lightweight but has amazing graphics, although it is minimally ad supported. The ad covers only a small part of the screen and is non obtrusive so props to the developer for keeping the advertisements minimalist.

Can Shooter 360 is available for free from the Windows App Store.

Main features of Can Shooter 360 for Windows 10:

When you run the game on your device, you will be presented with a screen which is displayed in the interface below. 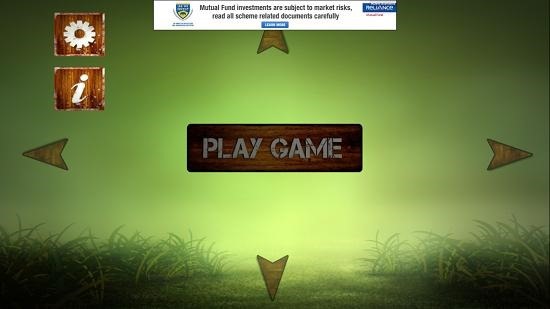 The above is the main menu. Here, you can choose to either tweak the settings of the game or you can go ahead and start the game itself by clicking on the PLAY GAME button at the very center of the screen. When you click on it, you will be taken to the mission selection interface. This is shown below. 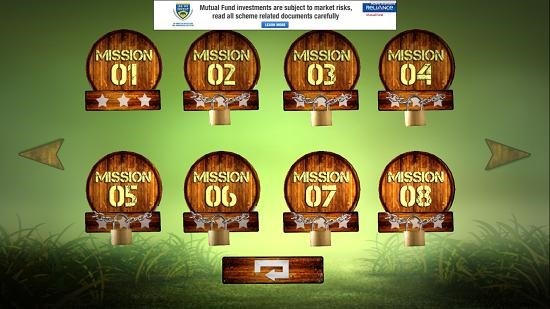 As is the case with most games of this type, initially only the first level is unlocked, but more levels get unlocked as you progress through the game. When you have chosen the mission that you wish to start, you will then be taken to the gameplay interface itself. 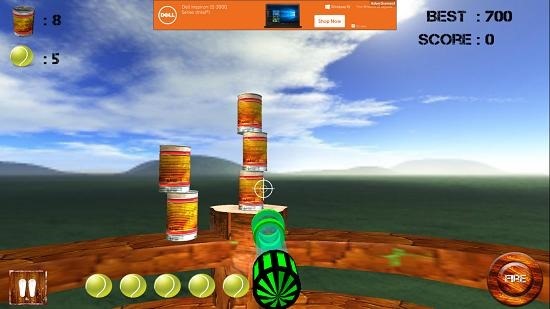 Above, you can see the cans stacked. You can aim the shooter which is at the bottom center of the screen by moving your mouse around. You can see the number of balls available for accomplishing the task and you can also see the number of cans remaining at the top left of the screen. You can see your current score and your best scores respectively at the top right of the screen. You can shoot the ball by left clicking. Once you have shot your ball, you will see the ball flying towards the cans and the cans getting knocked down if your aim was correct. This phenomena is shown below. 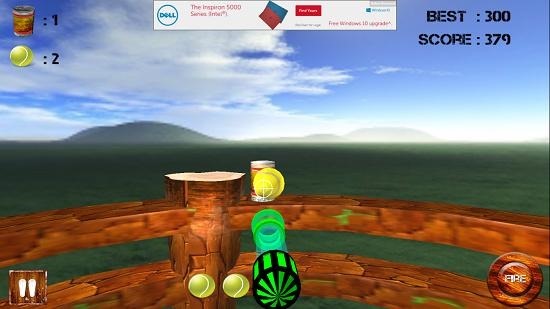 At the end of a mission, you will be shown your score. You may also refer to this as the mission stats screen. 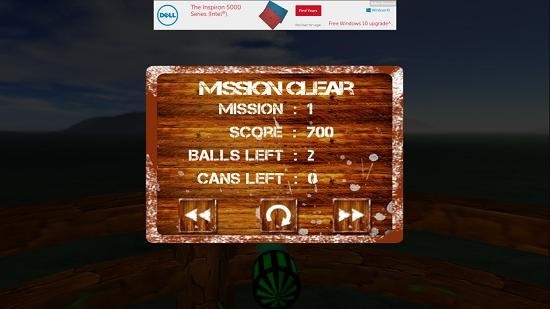 That’s all for the main features of Can Shooter 360 for Windows 10.

Can Shooter 360 is a great game which allows you to test your aiming skills and really have a lot of fun while doing so by means of this fun packed little game app. Head over to the link below and get it for your device!