Battle Of Chepauk is a free cricket game for Windows 10, which allows you to play cricket on your device. The game has simple controls which are touch friendly, but you may also use the mouse to perform the same gestures on a non touch supported machine. The game is lightweight when compared to the graphics that it packs for the size, and overall makes for a great download on all Windows 10 devices. The gameplay is designed around real players (Suresh Raina and MS Dhoni, to name a few) and is played in a realistic looking cricket stadium where each shot is covered by a camera.

Battle Of Chepauk is available for free from the Windows App Store.

Features of Battle Of Chepauk for Windows 10…

Running the game will present you with the following interface. 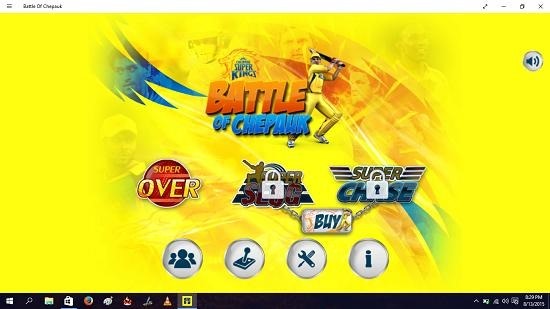 Click on Super Over to start the game. What follows is a set of instructions shown on your screen. 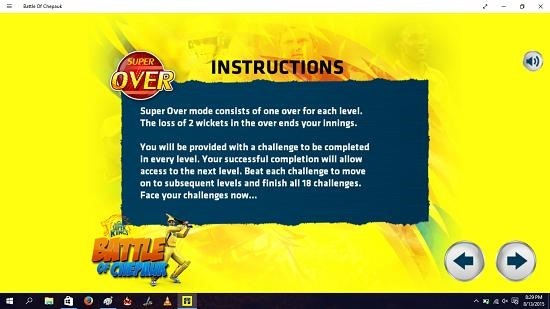 Click on the arrow button at the bottom right to proceed. Now you’ll be asked to prepare your team from the list of players available on your screen. 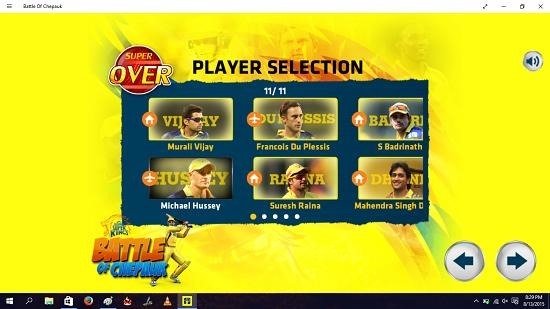 Once the team is set, again use the arrow buttons to proceed. Now you will be taken to the gameplay itself. 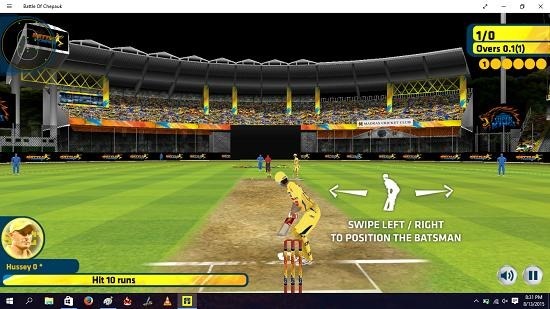 In the gameplay interface, you will be shown the objective of the level at the bottom left of the screen. Also you can see the instructions to be followed at the bottom right. Now you can go ahead and click on the pause button at the bottom right corner to pause the gameplay, or you can choose to click on the loudspeaker icon next to the pause button should you choose to mute the game sounds. The score meter is displayed at the top right of the screen. When a shot is executed, it’s followed by the camera beautifully in a manner which would be shown on the television. The game is excellent all throughout and the crowd cheering the background makes you want to play even more.

Battle Of Chepauk is a great Windows 10 cricket game which you will have a lot of fun playing on your device. You can download it for your device from the link below.

Get Battle Of Chepauk.