Sobees Lite is a free desktop client that integrates Twitter, Facebook, Myspace, and LinkedIn. As soon as you install Sobees Lite, one thing that you will really like is the beautiful user interface. Sobees Lite nicely shows updates from all these social networks together, but still does a great job at keeping them neatly separate. For that, it lets you organize your social networks in the way you want. You can have one vertical column per social network, or you can have one full column for one of those (like Twitter), and combine rest (Facebook, Myspace, LinkedIn) in another. You can organize the interface the way you want. 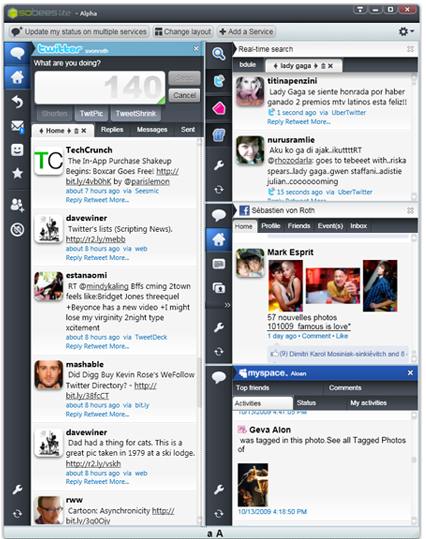 If you are active on Twitter, Facebook, Myspace, and LinkedIn, Sobees Lite is a really good free desktop client for you. Now you can keep track of all your social networks from one place. Love it!