Here’s a list of 5 dog simulator apps for Android which you can use to have fun with a simulation of a dog on your Android powered tablet or smartphone. The kind of apps that I tested are apps which are similar to dress-up apps. Where you have a dog on your screen for not just mucking about, but also for customizing the dog. But others, more feature rich apps are also listed, where you can actually take full control of a dog and run around the room, knocking things over, jumping on stuff, the usual things that dogs do. Let’s see what kind of apps are available exactly.

Dog Simulator by SwiftApps is a dog simulator app where you can actually take control of a dog and run around the house and also outside in the backyard. 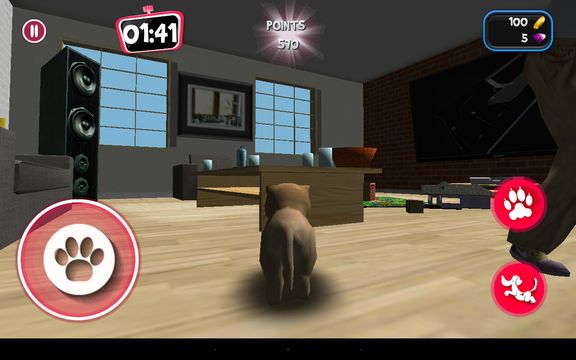 Goal of this simulator is to break as much stuff in and around the house as you can so you collect points. With the points you can unlock larger dogs which can then in turn do more damage. Share your results via social networks from within the app (it’s supported) and brag to your friends with your scores.

Get Dog Simulator by SwiftApps. 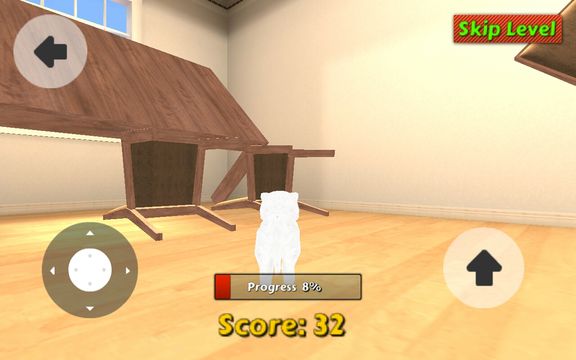 Gather points by running around the room and knocking stuff over. The more points you collect, the better score you’ll have. To make the virtual dog your own, this dog simulator app lets you customize the dog with various cool items.

Get Dog Simulator HD by Karlo.

Also have a look at 5 Best Free Virtual Pet Apps for Android.

Dog Simulator 2015 lets you choose between 4 small puppies and your goal is to mess up the room as bad as you can. 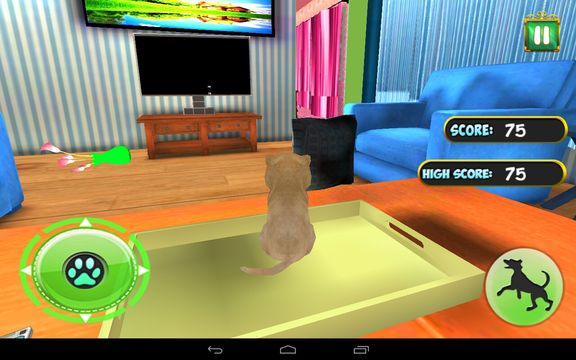 You get points the more damage you do to the room. Use the on screen controls to move the puppy around (the button on the left), and another one to the right for jumping. Try to get as much points as you can get to end up on the list of high scores. 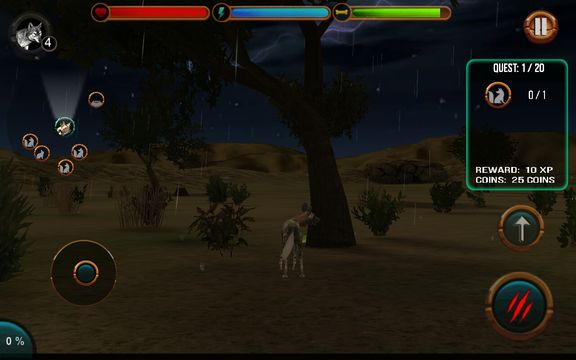 In this app you play the role of a wild dog and you’re running around the wilderness. Here the goal of the app is to fight off wolves, other wild dogs and complete quests that the game puts up.

Also have a look at 5 Endless Running Games For Android.

The last of the dog simulator apps that I’m going to mention takes you not into the wilderness, instead it lets you experience dog simulation in the city. 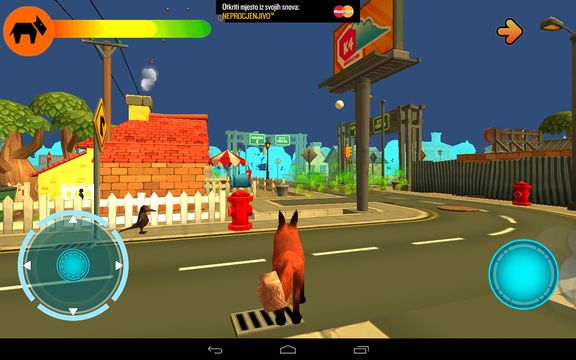 Dog Simulator 3D by DylanBlake displays random assignments that you need to perform with the dog that you control. For example, I had to find food. Game starts right away, there are no menus. The only menu is the in game menu that’s available from where you exit the game.

Get Dog Simulator 3D by DylanBlake.

All 5 dog simulator apps from the list above were fun. I liked the first one from the list, Dog Simulator by SwiftApps, the most because it has a large selection of different dog types for you to choose from. Let me know what you think by leaving a comment down below.