Quick Video Player is a free metro UI app for Windows 8 that allows you to watch videos on your Windows 8 device. This app is available for free via the Windows app store. The app is very smooth, and runs without jitters and lags. The video playback is smooth, and understanding the user interface of the app is very easy and straightforward. There are simple controls in the app that allow you to control video playback, and it offers basic options like fast forward, changing the volume, etc. This app is designed keeping simplicity in mind.

Quick Video Player is available for free via the Windows 8 app store.

Quick Video Player is a very easy to use app and runs smoothly and fluidly without any issues. When you launch the app for the first time, you will be taken to the following screen. 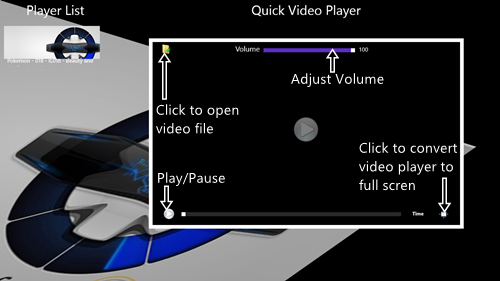 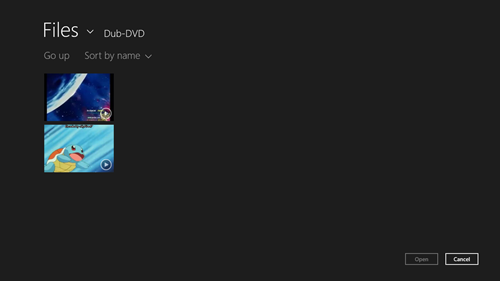 In the above Window, you can simply select a file to begin playback. When the playback begins, the following screen will appear. 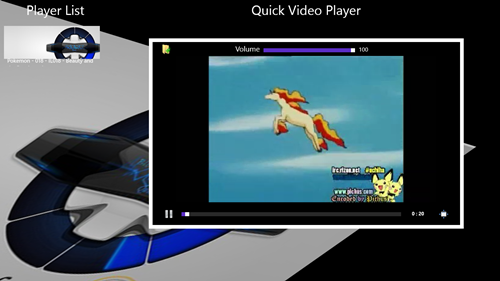 As you can see in the above screenshot, the video does not start playing in a full screen Window. Fret not! You can easily set the video to play in full screen by clicking the full screen button at the bottom right of the video player box (see first screenshot.)

When you begin the video playback in a full screen mode, your video should look like the following screenshot. 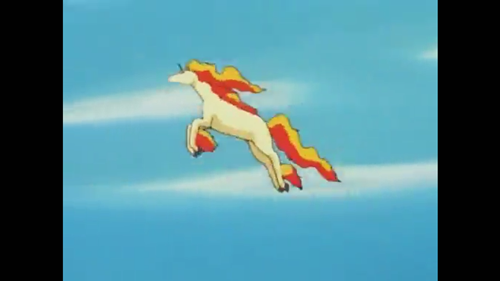 The full screen playback covers your entire screen, and by default, the controls are hidden. To show the controls, simply move your mouse around and the controls should appear back up on the screen.

This is all that you need to know to use the Quick Video Player app. The app is a very handy tool, and definitely makes video playback much easier.

My take on it?

Quick Video Player is a good app to have if you are bored with the stock Metro Video player app for Windows 8. Although it does not support a lot of video formats yet, the smooth playback of videos makes up for this drawback. I think that the app interface and the app icon could have been better designed, but that’s just my take on it. Overall, it’s a good video playback app. If you are looking for a player which supports multiple video formats, you should definitely try out Wondershare Media Player.

Do give it a shot.