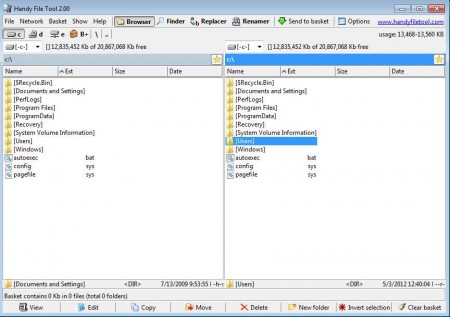 Handy File Tool interface is similar, if not the same, like interface of any other file manager software. Two locations on a local hard drive or a network drive can be opened simultaneously which makes file copying a breeze. Just select files that you would like to copy on one side of the screen and then open the destination location on the other and select Copy. Do the same thing if you want to Move a file to a different location, Delete it or Create folders, everything is just a few clicks away. 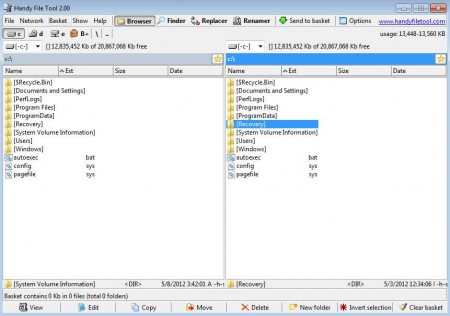 Handy File Tool comes with a search function, but I must say that it’s not very good. I opened a location where I knew there is a file which contained the word “free” in its name. But after starting a search with “free” as search term nothing came up. Search results came up when I entered nothing for a file name, just left the *.* symbols that are placed there by default, which finds all the files, regardless of the name. File was also successfully found when I entered the exact name and extension, for example “textfile.txt” term returned with results, but only “textfile” didn’t. Windows search tool doesn’t have this type of problems and it managed to find my file just fine, so use it instead until team behind Handy File Tool deals with the programs own search tool. 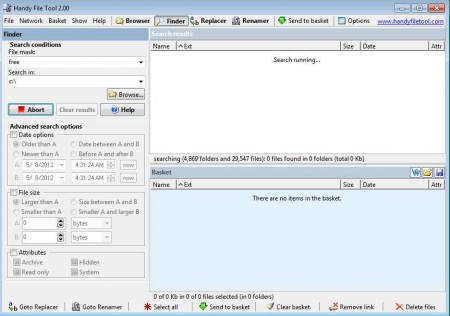 Replacer is an amazing tool which you can use in order to find a replace text across several different files at once. This feature really does come in handy when you need to find a certain term within several .txt files and replace it with a term of your own. Unlike the search tool, Replacer worked flawlessly, and I managed to change a term in a file and keep the original as backup. To add files to the edit list, you need to locate them either in File browser, which is the first tab, or in the Search tool, if it works for you. Right click on the file and select Send to basket. File is then on the list and can be searched by the program in order to find and replace text en masse. 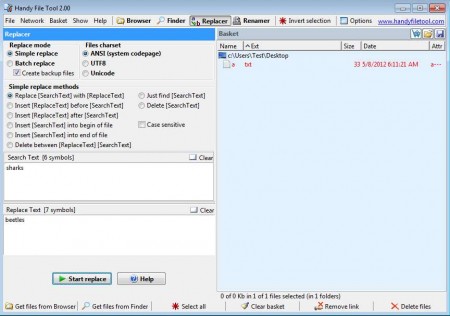 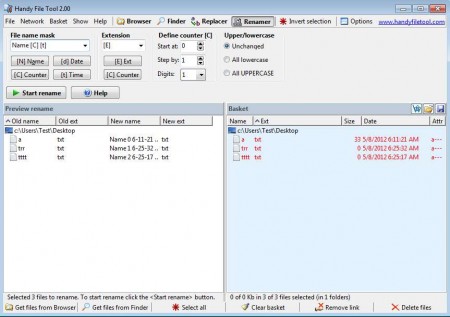 Handy File Tool is a great file manager, which can be improved, search function definitely, and it would be great if file Renamer was able to change file names individually, instead of applying the same pattern on all of them, maybe in future versions.