Here is what we found in the Google Play Store. 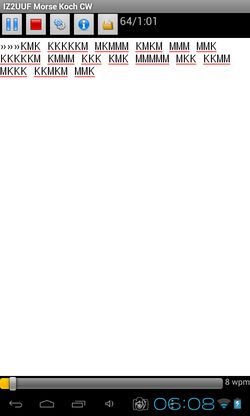 Morse Koch CW is a Morse code trainer app where you learn the Morse code using the so called Koch method.

Learning process starts with the app continuously playing 2 letters, M and K. The corresponding Morse code sound plays as the letter appear on the screen. Down below you can increase or decrease the speed with which letter come up on the screen. As you make progress you’ll get new letters and eventually whole words to decode. 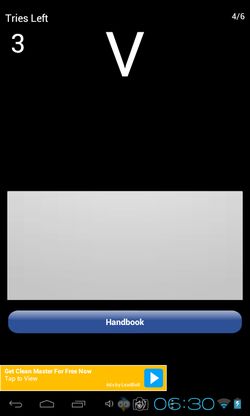 This Morse code trainer app takes care of both the visual and audio aspects of the Morse code learning process.

By looking into the Handbook you’ll see the entire alphabet showed using the Morse code, dots and dashes. The app then takes you through tests where you have to either transmit or receive, meaning encode or decode Morse code. You start with letters and then moving up to words as you get more comfortable with most of words and how they sound in Morse code. 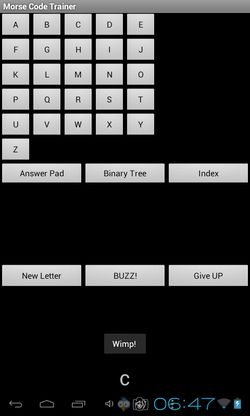 Morse Code Trainer has a bit of a confusing user interface, but once you get the hang of it, you’ll see that it can come in handy for learning the visual part of the Morse Code, how the dots and dashes convert into letters.

At the bottom you’ll see a string of dots and dashes after which you’ll have to pick a letter at the top that corresponds to that particular combination of dots and dashes. Binary tree and Index button show the Morse code chart to help you get started. 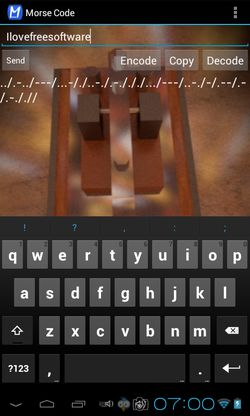 Morse Code by Tiral isn’t a Morse code learning app, at least not in the classical sense.

It’s a converter app that converts the text that you type into Morse code. In a way you’re still learning. You learn how each letter of the alphabet translates into Morse code, and you also get a tool that’s gonna convert text into Morse code, if you wanna send Morse code texts to people.

Get Morse Code by Tiral. 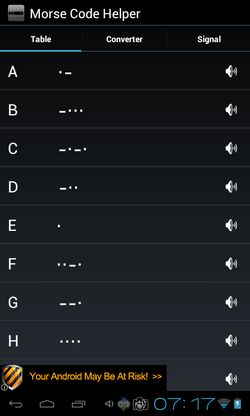 Morse Code Helper has a great combination of features of all the apps that we mentioned up until now, plus it adds some of its own cool functionalities to the mix.

Practicing is done by tapping on the letter from the list after which app is gonna play the Morse code sequence for that particular letter. Notice that each letter also has the “dot and dash” representation of the Morse code. Other tabs at the top are for the Morse code converter, sending signals with phone screen or camera flash, etc.

We think that Morse Code Helper and Morse Code Trainer by Todd Andersen are the most helpful out of the 5 Morse code trainer apps that we mentioned above and you should start with them first if you’re interested in learning the Morse code.