(To refer to Morse Code symbols, just refer to the chart on this Wikipedia Page. This is all the info you need to know that what is the Morse Code for each alphabet / number.) 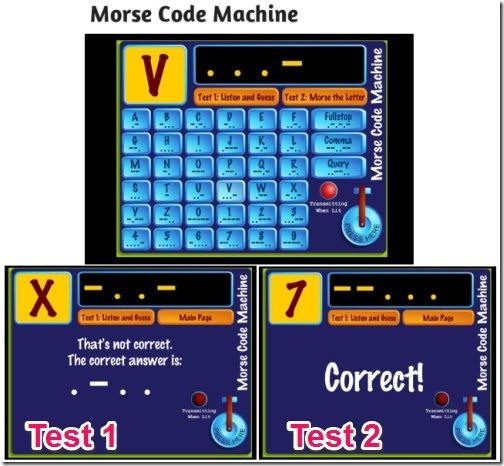 Find Text Corresponding to Morse Code: It has a test called “Listen and Guess”. In this option, it will sound the Morse code, and you will need to guess text for that. It will sh0w the Morse Code visually as well.

This is a pretty simple Morse Code game that lets you quickly practice and evaluate your Morse Code skills.

NSA has an interesting Morse Code game that’ll help you you learn and practice Morse Code online. This is probably the best Morse Code practice website that I have come across. As was the case with the previous website, this one also is a Flash game, with many options.

In addition to all the levels, it offers you some fun facts, to freshen up your mind, which is quite good. 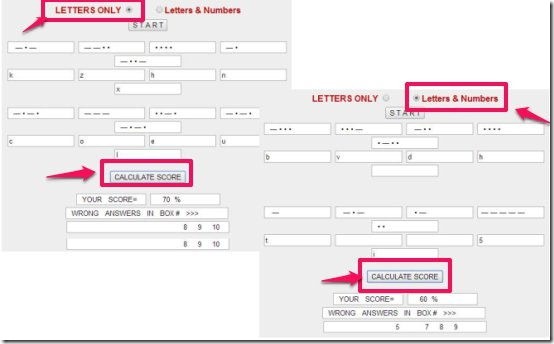 1728 is another website that offers you methods to memorize Morse Code online. In addition to all the alphabets (A-Z)and numbers (0-9), it offers you 4 other characters: Period, Comma, Question Mark, and Slash , with their respective Morse Codes. This website has some pretty neat tricks to remember Morse Code.

After memorizing the Morse Codes, you can test your Morse Code knowledge. For that, it has two test modes: Letters Only and Letters & Numbers.

For each test mode, it shows you ten boxes that have Morse Codes.You have to correctly guess those Morse Codes and enter them in text boxes below each code. Then click on the Calculate Score button to check your score. In the result, it shows the percentage of the correct answer and displays which all boxes contain wrong answer. 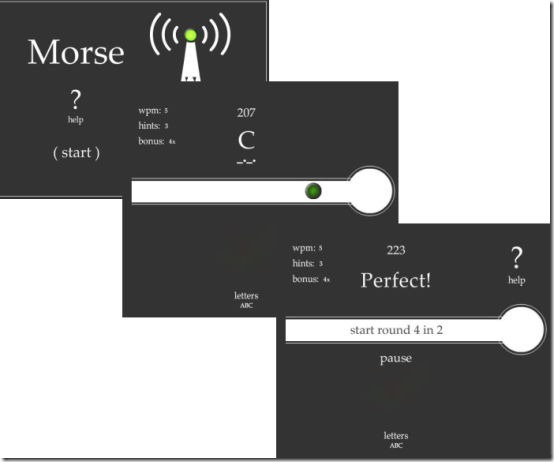 Frankly, Kongregate is my favorite website in this list to test and practice Morse Code online. It not only tests you, but it actually makes you learn Morse Codes at the same time.

It is in form of a Flash game. When you start the game, it will start from the first level. In that, it will show you “A”, and then it will show Morse Code corresponding to that. You have to guess the Morse Code, which obviously is for “A”! It will do that a few times. So, the first round is pretty dumb. But guess what, at the end of first round, you have completely learnt the Morse Code of alphabet “A”. Not bad, eh?

Similarly, round 3 will add another alphabet to the mix, but will test you on all the previous alphabets as well.

Once you have finished the game, you can safely assume that you have a pretty good idea of all the Morse Codes.

It can’t become simpler than this; I just love this website.

Also see these SOS Android apps, that let you Flash Morse Code and this Windows 8 app to generate Morse code.

I have been infatuated by Morse Codes since a long time (probably since I watched them the first time in some movie), but I never got a chance to learn them. Researching for this article gave me a good opportunity to get some idea about Morse Codes, and I even ended up learning them for few of the alphabets.

If you are also trying to learn Morse Codes, do use the websites mentioned above to test your knowledge. Then are not only useful, but fun as well.