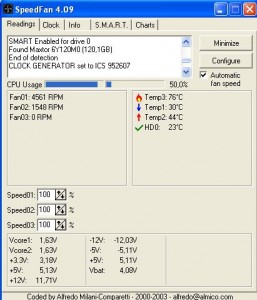 Here are some of the features of SpeedFan:

SpeedFan is a popular freeware to manage your system fan speed, and keep temperature of your system under control.