Weird Park 3 is a free adventure game for Windows 10. The game has hidden levels, and the motive of the game is to solve the mystery by solving hidden object levels and collecting clues. The game is based on click and play format. Running the game presents you with an interface of the game where you first see the game’s introduction video, which has been shot in a way which allows you to have a good cinematic feel, and once the video is through, you will be taken to the main menu where when you click on the Play button, you can select the difficulty level of the game at which you wish to play it.

Weird Park 3 is available for free from the Windows App Store.

Running the app will present you with the below shown interface. 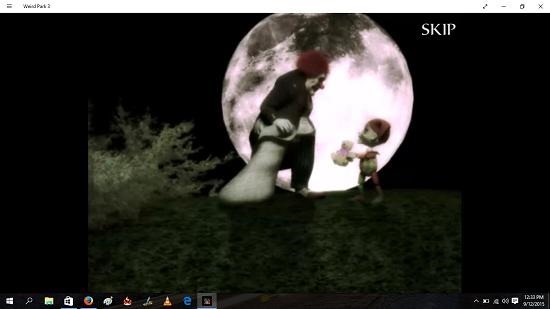 The above screen is basically the game’s introduction video which shows the events which have transpired. You can choose to skip the video via the Skip button at the top right corner of the screen. Once that’s been done, you will be taken to the game’s main menu where you can start the game by simply clicking on the Play button at the left side of the screen. When you have done that, you will be prompted to select the difficulty level of the game. 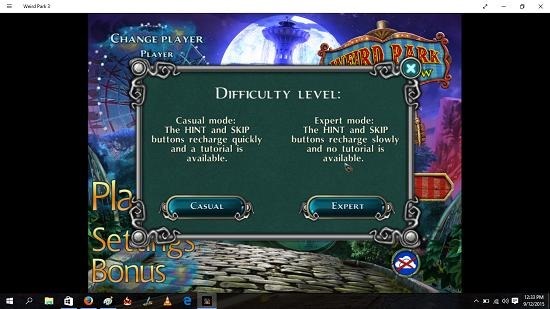 For ease of gameplay experience, simply click on the Casual button and you will be good to go. The gameplay interface presented to you will first prompt you for playing a tutorial of the game, but if you wish to not play through the tutorial, you can do so too by simply skipping the tutorial altogether. 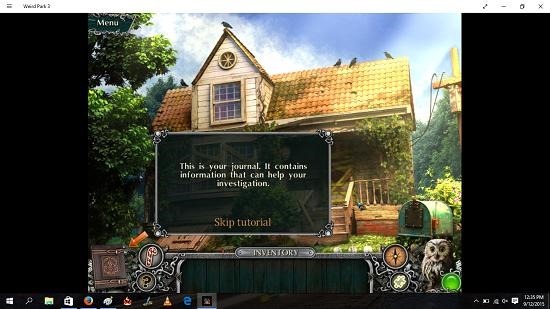 In the tutorial to the game, you will be able to see certain indicators that will tell you about the various areas that you can interact with, as can be seen in screenshot below. 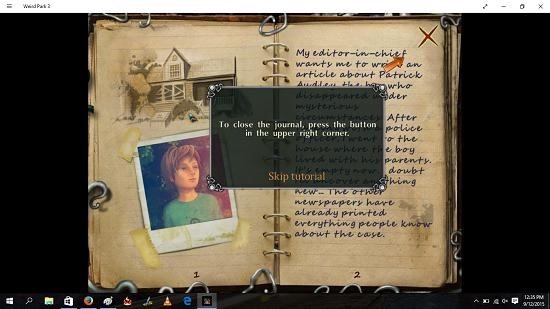 You can access hints in the game by clicking on the owl icon at the bottom right of the screen. The hint button when clicked will show you the area that you have to interact with in a manner as shown below. 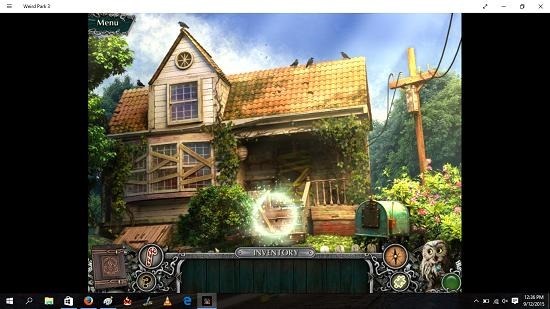 This is a wrap of the main features of Weird Park 3 for Windows 10.

Weird Park 3 is a great adventure game for Windows 10 which is a little heavy on size but makes for a worthwhile download on machines with Windows 10 as it really allows you to have a lot of fun whiling away your time when you don’t have anything else to do.