Here’s a list of 5 tennis games for Android which you can use to play tennis on your Android powered tablet or smartphone. Playing games is a great way to pass time and tennis is a sport that’s popular around the world; so combining the two should mean a lot of fun and many hours spent swiping the screen of your favorite Android device. Let’s see what we got.

Tennis 3D is a very popular tennis game for Android which is very small, but at the same time also offers a full-fledged 3D game experience. 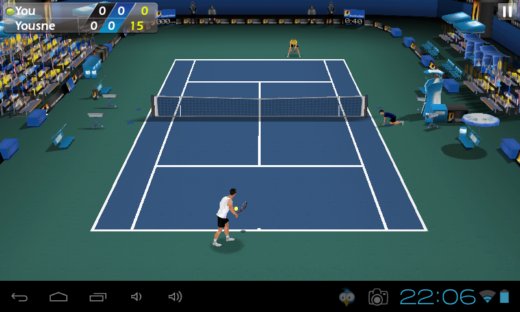 Game is controlled by tapping and swiping. To serve the ball, for example, you need to tap on the screen and then swipe in the direction that you want the ball to be served. Same thing needs to be done when you’re just hitting the ball back. Swipe down or backwards to hit a “slice”.

Tennis Champion 3D is a bit larger in size than Tennis 3D, but you get more advanced features like split screen multiplayer for 2 player local play. 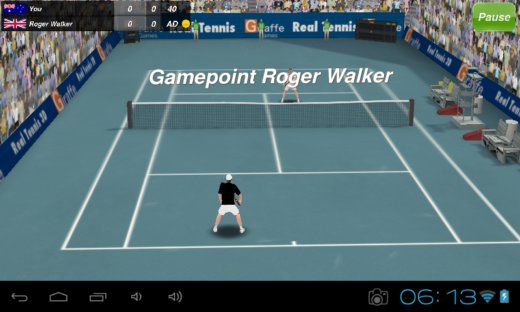 Online multiplayer is also available, as well as of course a solo career where you can play tournaments and build up a reputation of your character. Graphics and game controls are similar to the one of Tennis 3D. Hit the ball by swiping and that’s it.

Stick Tennis has a much quicker gameplay, meaning that the ball goes back and forth more quickly, and everything else is pretty much the same as in the previously mentioned tennis games for android. 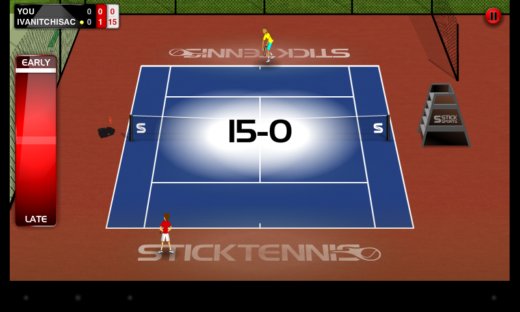 As you play through the game, you’ll get to open up new player and new locations. Game controls are a bit more different from the previously mentioned tennis games in that you have to swipe strictly left and right to send the ball to different directions.

Get Stick Tennis or Read More.

Play Tennis doesn’t have any players, you just get rackets which are chasing the ball around. 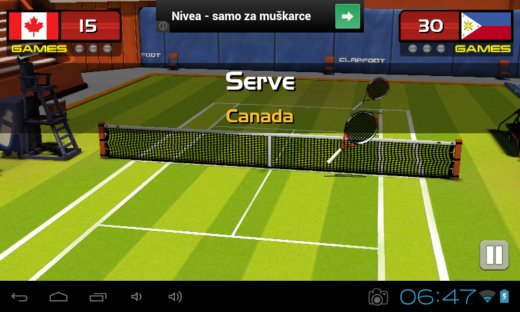 Gameplay is also different. For example to serve the ball you just have to make sure to hit a ball that automatically bounces in front of you. The racket doesn’t run around for you, you have to position it and then swipe in the direction you want the ball to go, which adds a bit more complexity to the game.

Smash Tennis 3D is a game very similar to Play Tennis, as you can see from the image down below. 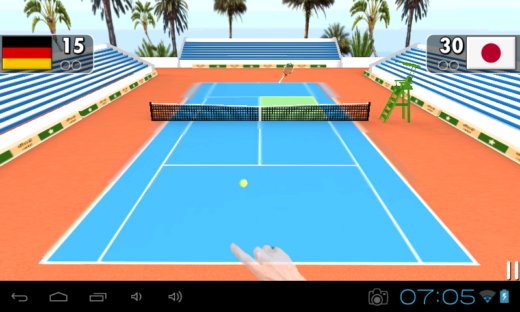 Playing the game is a bit more difficult than with the previously mentioned tennis games for Android because you have to be strictly behind the ball to kick it properly. Play tournaments and see if you can dominate the world.

Two tennis game apps from the list above that impressed us the most are Tennis 3D and Play Tennis. They are both very realistic and just have a better feel to them, than the three others that we mentioned, but that doesn’t mean that the other apps are not worth checking out. Try them all and let us know what you think in comments down below.