Stick Tennis is a Free Tennis Game App on iOS and Android. It has been developed by Stick Sports, the same developers of Stick Cricket. The game hosts a color packed display with simple game play. The game doesn’t requires any movements of the players. Surprisingly, the players approach the ball automatically. But, it is the shot selection and timing that are crucial. The ball in the game is hit by simply swiping the screen in the desired direction. Also, the Stick Tennis has numerous playing options that keep the interest alive. The game can be played in numerous courts which include the Clay Court, Grass Court etc.

Apart from random matches, players can compete in Grand Slams. Another cool feature is the Daily Challenge. New challenges come up every day and once you complete them, upload a screenshot and tweet it. The Stick Sport does give a gift if you are the lucky one. Also, if you have money to spare you can even hit the Pro Store and buy Tennis Goodies used in the Game. The collection of Tennis Goodies is huge, and can give you an edge over your friends. 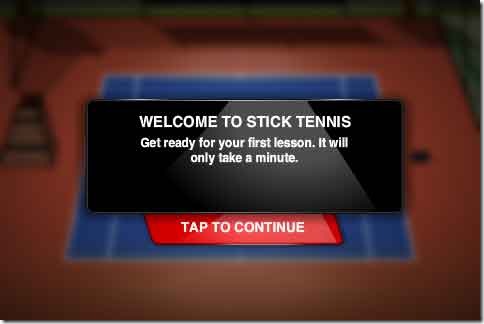 How to Play Stick Tennis on iPhone, iPad, Android

The game is easy to play. By the far the easiest of all Stick Sport games. The match starts with the similar view as that of a Tennis Match on television. The games are of two sets and the tournaments are knockout in nature. The swiping of the screen does the job in the game. Swipe direction, swipe speed and timing are of utmost importance. A perfectly timed shotleaves behind a red trail which is difficult to return to. Mind you, the computer opponent also sends such shots so you have to plan accordingly. 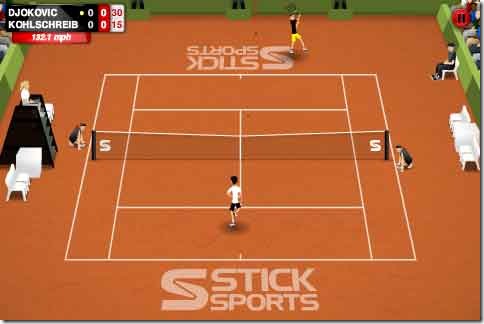 And if tennis is not your thing, you can play Carrom on Android. 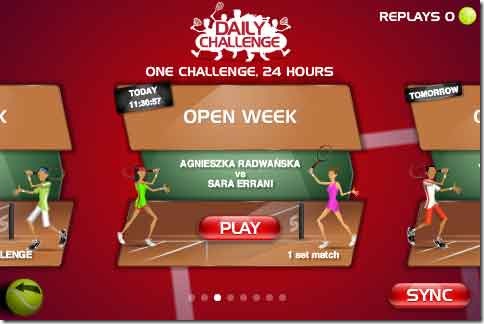 The Stick Tennis is a light game which can be played with ease. A perfect app for those in for sport games. The game also doesn’t require the application of brain and is very good in times of utter boredom. It is a must have app for tennis enthusiasts. People of any age group can indulge and step in the shoes of a tennis play.