Escape From Windows XP is a free online arcade shooting game that can be played within any modern web browser. The game involves shooting zombie like XP icons left and right. The game seems to be the developer’s own way of bidding adieu to Windows XP, the aging Operating System, the support for which was finally withdrawn by Microsoft on April 08, 2014.

The game is completely online. You don’t need to download anything to play this game, nor a need to create an account. It is a light game that you will have fun playing with.

The game starts a familiar looking XP bootscreen (Are you getting nostalgic already?), and the UI gives the impression of a device within a device, as the game is surrounded by a virtual CRT monitor, pasted with sticky notes all over it (which, by the way, lists game controls). In the game, you play as the last person on Earth still supporting the IE6 on Windows XP,  and you need to move around shooting the undead XP icons. Thus, the icons can be considered as the primary antagonists of the game. However, all those crazy icons attack the player together, at times making it impossible to confront them all. After the icons kill you, you are magically re-animated, and are blessed with a big remote control, with an equally big button on it. Press it and Bam! all those icons are nuked. Personally, I feel that it’s actually a kind of “cute” message from Microsoft, to tell you that whatever happens, you will still be able successfully move on to a newer Windows OS version.

The Gameplay is quite easy, and the controls are also fairly basic and intuitive. As I already mentioned above, you can always refer to the sticky notes for the controls. But still, here’s a low down on the basic keyboard controls

And you can always switch the weapon with “Q”.

So, the basic gameplay involves getting a score better than your previous one. Everything about the game is deliberately designed to reference Windows XP, right from the animation, to the background music of the game. The music even tells you a tale about Microsoft modernizing itself, starting with a retro type video game music, and then slowly advancing to modern day Dubstep.

Also try this free Arcade Game for your PC.

How to Play Escape From XP Online:

Step 1: Just follow the link provided below and you will be directed to the game window. 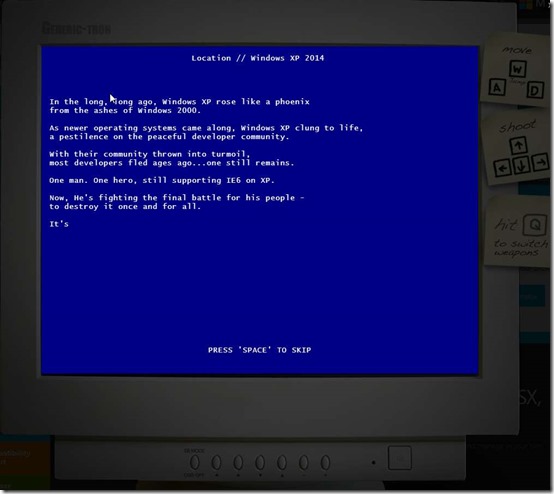 Step 2: The game starts itself with a short  but amusing story about the game. Once your player comes into play (Pun Intended!), you get control of the controls (Pun Shamelessly Intended again!) 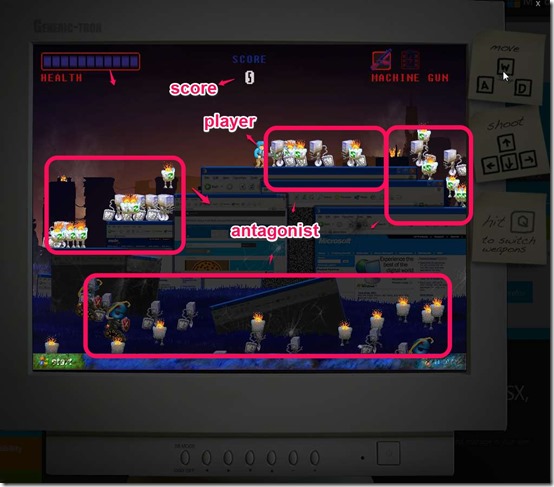 Step 3:  Soon you find yourself swamped over by monster Windows XP icons. Just then, out of the Blue, a rescue helicopter comes into the play to save you from them. 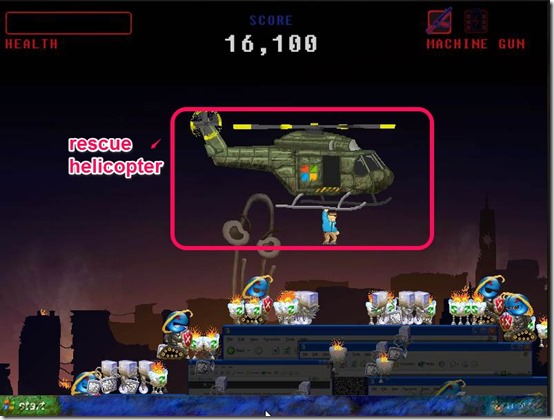 Step 4: Click the big remote provided to you on the screen. Press that big button and bam! The icons are gone. 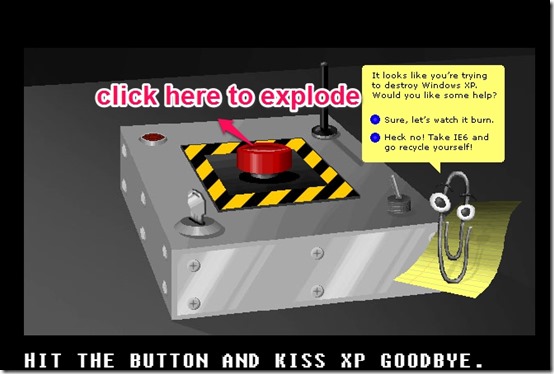 Once the game is over, you can see your high scores on the screen.

While the die hard gamer won’t be pleased by this little in-browser game, it’s actually a fun way, especially if you’ve been a long time Windows XP user. All in all, I’d rate this game as “Good” , though I would have appreciated a special appearance by Kurt Russell in it.

Play Escape From Xp for free here. [via 404 Tech Support]