Army Gunship Attack Adventure is a free first person shooter strategy game for Windows 10 devices. In the game, you are a paratrooper who drops down from a chopper and has to eliminate the threats (enemies) my aiming and shooting while your parachute lands, i.e., you have to shoot whilst you are airborne, this being the thrill of the game. You can use either the onscreen controls to interact with the game, and although a bit tedious, the game does not offer direct keyboard controls, but you have to use the on screen controls with the aid of your mouse. The game has several levels which get unlocked when you complete the previous levels.

Army Gunship Attack Adventure is available for free from the Windows App Store.

When you install and run the game  on your device, you will be presented with the below screen. 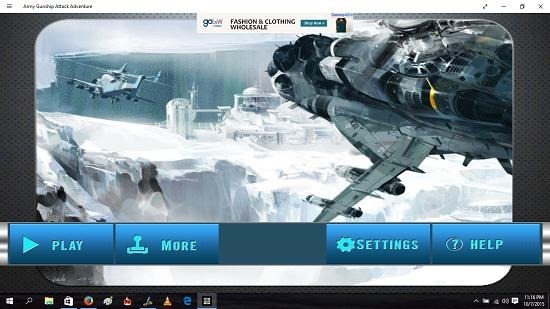 The above screen is the main menu of the game. You can click on the Play button in the above screen to be presented with the level selection screen which will look like the screenshot attached below. 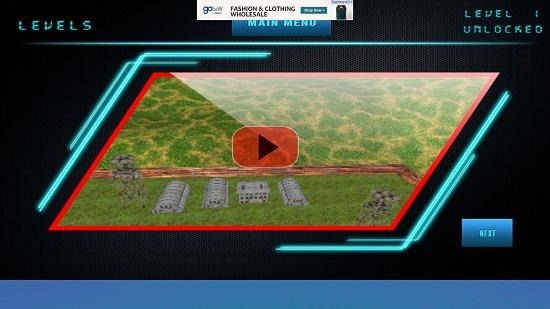 Initially only the first level is unlocked, but you can unlock the subsequent levels by completing the previous levels. When you click on the play button at the center of the level preview, you will be presented with a brief level introduction video as shown in the screenshot below. 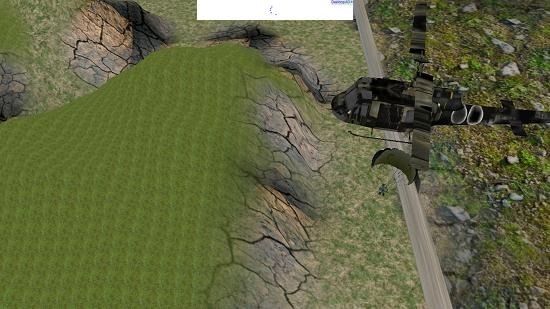 As you can see, you drop down from a chopper. Now, the gameplay starts. As you descend, you have to kill the enemies by shooting them down. 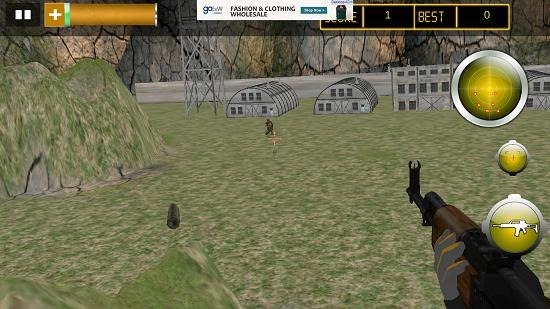 You can aim by moving the mouse around, and you can fire the weapon by clicking on the gun button at the bottom left. The button is big and is hard to miss. You can see your stats like health etc. at the top of the screen. You can also access the rifle scope by clicking on the scope button just below your radar. Talking about the radar, you can see all the enemies on the map by means of red dots on your radar. The scope in question can be seen in the screenshot below, and as can be seen below, it makes aiming a lot more easy. 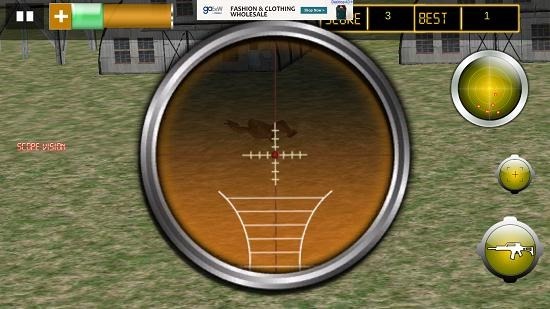 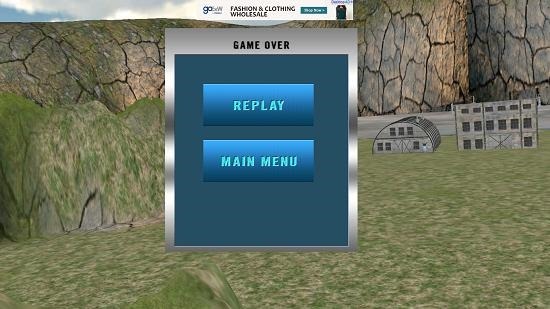 You can choose to replay the level or go back to the main menu from the game over screen. This wraps the main features of this game.

Army Gunship Attack Adventure makes for a great download on your Windows 10 device if you are a fan of strategy first person shooter games. The game is lightweight and has good overall graphics, and I would definitely recommend trying it out!