Here’s a list of 4 sharing apps for Android which are designed for sharing images, videos, apps, basically anything and everything between your Android device and other devices that you might have like PCs, Macs, iPhone, iPad and other Android devices of course. Sharing is usually done wirelessly which speeds up the file transfer because wireless is much faster than bluetooth. The following apps are what you need if you want to improve your sharing experience. 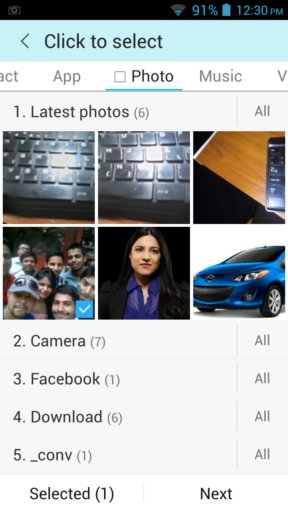 SHAREit does everything that was mentioned in the introduction. It’s a sharing app for Android that can connect with other devices wirelessly, but directly to them via WiFi, there’s no need for devices to be connected to a local network.

Everything important for sharing files is setup using tabs. First tab is the Connect tab which lets you select the device to which you’d like to connect. Other tabs are for selecting the videos, images, data and even apps that you’d like to share with others. Once you setup your share, others will then have access and be able to access your files.

Also have a look at Free Android App To Share Videos, Images Up to 10 GB.

Share it uses both Wifi and Bluetooth, it’s not only limited to Wifi for sharing files, this makes it perfect for sharing with other devices which don’t have Wifi.

A small drawback of Share it is that it only allows you to share files, apps can’t be shared. Here you’re also gonna have to go through settings to setup the folders and files within those folders that you’d like to share. 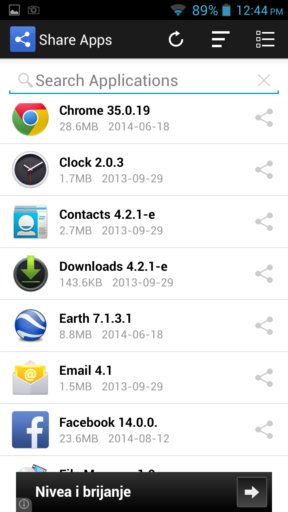 Share Apps is a sharing app for Android devoted entirely to sharing apps, the APK installation packages that apps leave after they’re installed. Apps that you have installed by default with your mobile phone can also be shared with Share Apps. 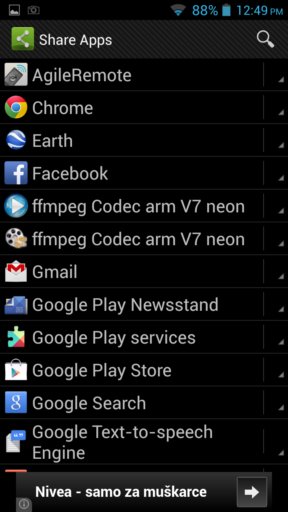 Share Apps is another app sharing app for apps. After running the app you’re gonna see a list of all the apps installed on your computer.

Also have a look at 5 Send To Android Extensions For Gooogle Chrome.

Each app offers different features, so it’s difficult to make suggestions. Share It, the second one from the list has both bluetooth and Wifi sharing, but doesn’t support apps, ShareIt does the opposite. The other two app sharing apps are there for sharing apps. Pick the one which suits your needs the most.