Here’s a list of 5 origami apps for Android which you can use to find great origami creating advice, tips and tricks. Knowing how to create origami takes practice. Sometimes you also need a little bit of an inspiration to get an idea on what kind of origami shapes you’d like to create. Apps that I covered in the list down below can be used by both novices who are only getting started with origami, and also by the more advanced users to find new origami ideas.

Let’s look at these apps.

How to Make Origami 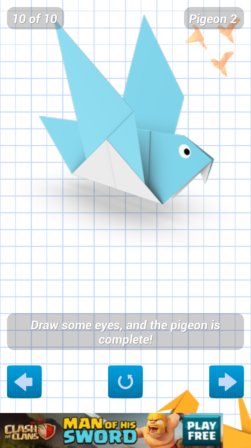 Title of this app says it all what it’s about. How to Make Origami will help out everyone who’s interested in getting started with origami.

By default the app has a single origami lesson for each of the available categories, birds, boats, boxes and containers, clothes, flowers, Valentines day and more. There’s several dozens of additional lessons that you can download from the web. Each lesson has a step by step animated instructions on what needs to be done for a particular shape to be created.

Get How to Make Origami. 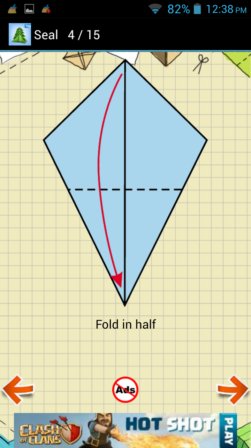 Origami Instructions Free will help out both beginners who are just starting their origami adventures, but it can also give ideas to seasoned origami makers.

It has a great selection of shapes with step by step instructions on how to make them. Dozens of shapes are available like animals, Christmas decorations, boats, boxes, buildings, and more. Instructions are clear and concise with images that show what exactly needs to be done, see image above. 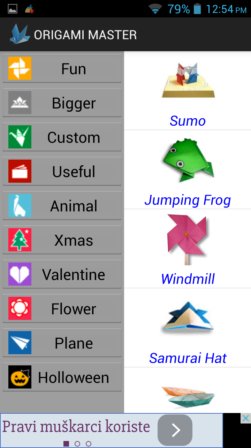 ORIGAMI MASTER is another origami instructional app, which has an intuitive browser, as you can see from the image above.

When I said that it has a nice browser, what I was referring to is that it has everything nicely grouped into 10 categories. Each category has about 5 shapes, some more, some less. When you select a category on the left, available shapes for that particular category will open up on the right. Tap on a shape opens up detailed, step by step instructions with images.

How to Make Origami Animals 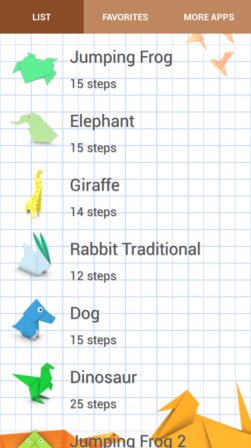 There’s about 15 animal shapes that are available, jumping frog, elephant, giraffe, rabbits, dog, dinosaur, bats, rats, and more. Each one of the shapes has step by step animated instructions.

Get How to Make Origami Animals. 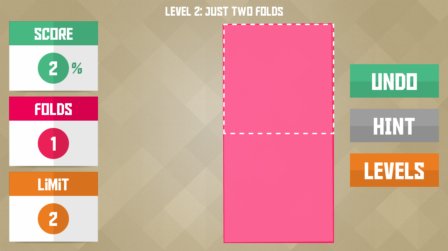 Last app on this list isn’t an instructional origami app, but rather something that can help you enjoy playing with origami on your phone.