Pinball FX2 Windows 10 Edition is a free pinball game app for Windows 10 devices which allows you to play pinball on your device. The game is a bit heavy on size, but promises an action packed pinball game adventure that you can accomplish on your device when you have nothing else to do. The game is designed in a 3D style and keeps you glued for hours on end. The game links up with your Xbox Live account and allows you to sync all your achievements online with your Xbox account so even when you switch devices, you can keep all your achievements and retain your bragging rights in front of your friends.

Pinball FX2 Windows 10 Edition is available for free from the Windows App Store.

The controls of the game are better illustrated in this one screenshot attached below. 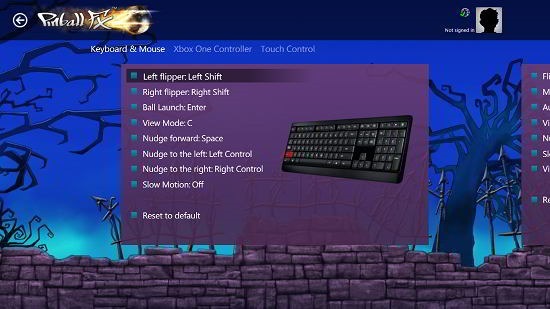 The main aim of the game is to control the flippers to keep the ball on the board and to prevent it from hitting the ditch at the bottom center of the screen. 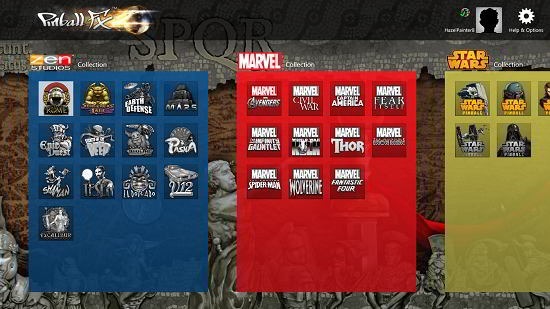 From the vast list of boards when you have made your selection, you will be taken to the gameplay screen. This starts with a video of the gameplay board itself. 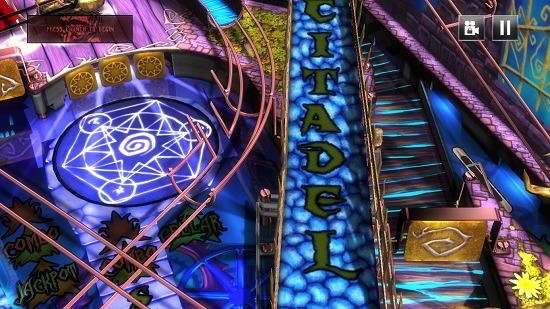 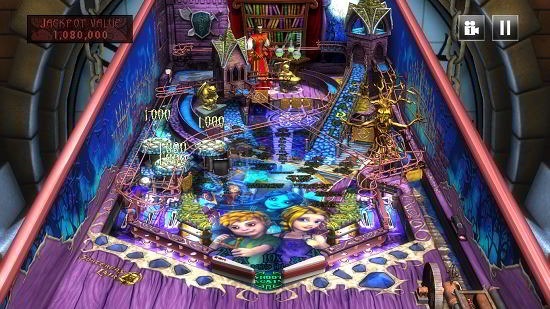 The gameplay is shown in the screen above. For the most part, you will only be using the left and right flippers on the game board which can be controlled via the right and left shift buttons on your keyboard. For other controls you may refer to the controls section at the beginning of the article. The game can also be paused via the Esc. key. Once the game is complete, i.e., you have run out of balls, you will be shown your score. 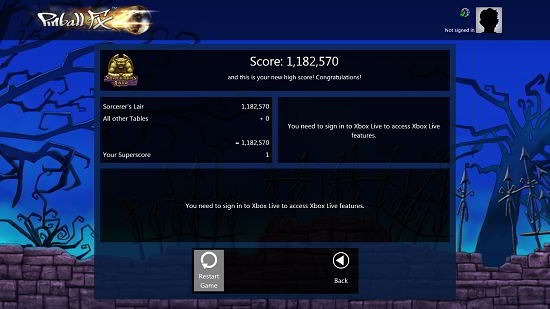 This is basically a wrap of the main features of Pinball FX2 Windows 10 Edition.

Pinball FX2 Windows 10 Edition is a great game for Windows 10 devices which allows you to have a gala time playing pinball on your device. You can grab it from the link below.