Pirates of Everseas is a free strategy game app for Windows 10. The game allows you to play as pirates who have to raid and destroy other kingdoms, build your own city and pave your way to glory. The game has incredibly smooth graphics all throughout and makes for a good pastime game. This game is similar in style and in line with the concept of other strategy games, and in this game as well, the entire gameplay is based solely on mouse clicks and interactions. The game is slightly on the heavier side, so weigh in your other strategy game options before you give it a shot.

Pirates of Everseas for Windows 10 is available for free from the Windows App Store. 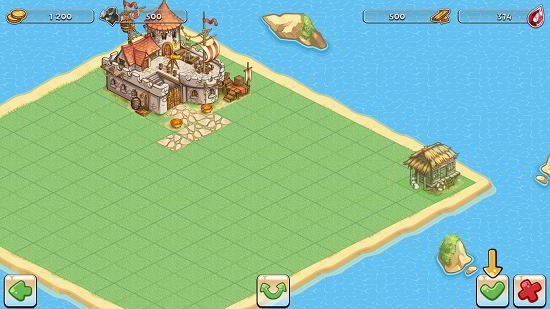 Storyline of Pirates of Everseas for Windows 10

Pirates of Everseas doesn’t really have a set storyline to it, but it does have objective driven tasks. To sum up the game, it basically involves building up your own empire and setting up attacks to the enemy cities. You have to loot and raid as much as you can, and with this loot you can set up various buildings to better up your chances of growth and survival in the game.

Design of the Pirates Of Everseas

Windows 10 version of Pirates Of Everseas when launched on your device will present you with a screen which will instantly tell you how good this game’s graphics really are. The game has cute little cartoony characters who are interactive and will tell you what to do at various stages of the game. The game makes for a perfect companion for kids who are new to the strategy concept of games as they will thoroughly enjoy the cute graphics of the game and have a lot of fun while playing the game.

Salient features of this game

Main features of Pirates of Everseas for Windows 10

The game is installed easily by heading into the Windows 10 App Store and downloading and installing it. When launched, the game presents you the below shown interface. 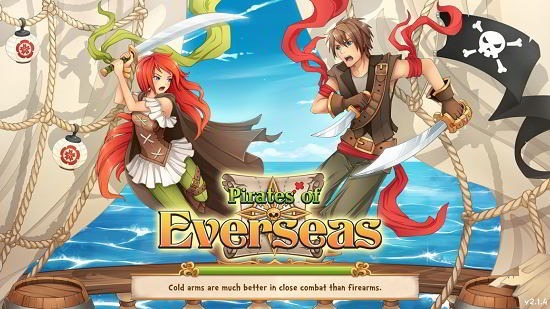 As can be predicted, the above interface doubles up as the game’s loading/splash screen. It can be called the loading screen as you can see the progress of game’s load up in the load bar at the bottom of the screen. Once all loaded up, you can see the main interface. The main interface, or the gameplay zone as I would like to call it, starts up with a cute little tutorial if it is the first time of you playing the game on your device. This can be seen below. 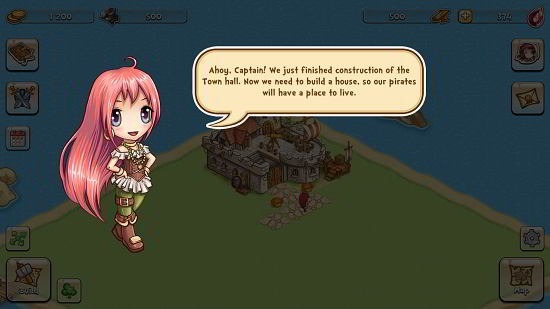 The cute little cartoon girl will tell you the brief introduction to the game, and will also open up a small tutorial of the game where you will be able to understand the game better. The tutorial of the game can be seen below. In the tutorial, small guide arrows act as indicators to show you which button does what exactly. The screenshot below shows the guide arrow pointed at the Objectives button in the top left corner of the screen (see the yellow arrow marker). 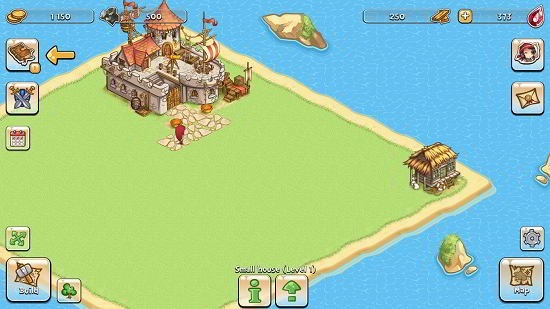 The objectives button pulls up the tasks at hand which need to be accomplished. See below for details of how it works. 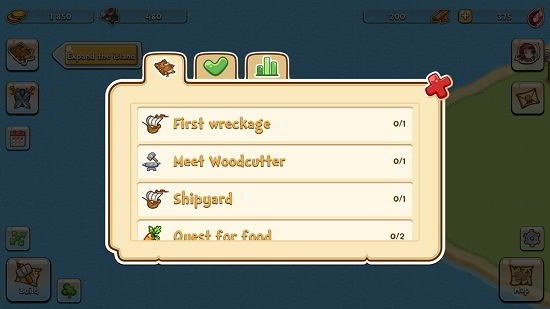 You can similarly access the build menu from the Build button at the bottom left of the screen. The build menu is shown below. 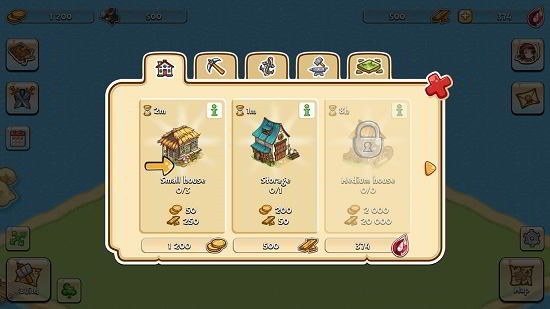 You may click on an item in the build menu to place it onto the gameplay zone. When you have successfully placed the item, you can then watch the item being built up. The build up process can be sped up by means of using gems and coins that you earn in the game.

To sum up in one sentence, just keep a track on your objectives from the Objectives button, and accomplish all the tasks according to the list of objectives displayed to you – this is the only way to progress in the game and level up. Talking about leveling up, the game displays when you have leveled up to you when you in a neat manner. 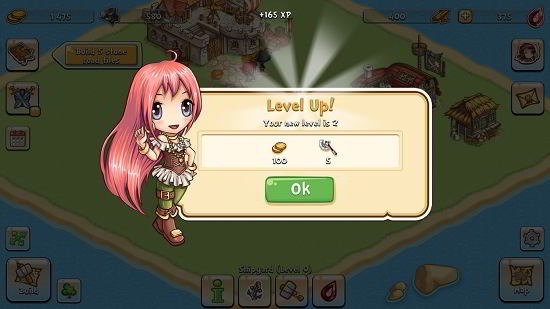 That winds up the main features of Pirates of Everseas!

Other similar games that you might want to try

Pros of Pirates of Everseas

Cons of Pirates of Everseas

Pirates of Everseas is a great strategy game app for Windows 10 devices which make it a great download for all devices with Windows 10. If you are a fan of strategy games, I am sure that you will love it for all of its neat features. The cute cartoon characters are sure to make this game a hit among kids too!

Get Pirates of Everseas for Windows 10.