Music Player Daemon is a free music streaming server from where you gonna play and stream music to other computers, smartphones or any other device which is capable of being a client of this free audio streaming software. This is a command line application, which doesn’t have a GUI, clients can have graphical interface, but Music Player Daemon only has a command line interface. 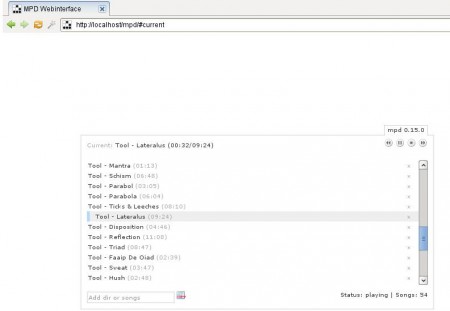 Due to the fact that there’s no graphical interface, it can be a bit of a problem to configure this free music streaming server application. You’re gonna have to go through somewhat complicated config, but it’s more than worth the effort. All the common audio formats are supported.

Key Features of this Free Music Streaming Server are:

Streaming music is very useful if you have several computers in a local network and you don’t want to copy your music library on all of them. It’s also useful if you want to stream music to your mobile devices over the internet.

How to Install and Configure Music Player Daemon server?

Depending on what operating system you use installation is different. On Linux, just use the package manager for your distribution, Music Player Daemon is there, look for package “mpd”. For other systems, you’re gonna have to download and install it yourself. In Linux look at /etc/mpd.conf. For Windows and Mac find this configuration file in mpd’s (Music Player Daemon’s) install directory. There you’re gonna have to configure locations of other important configurations files, usernames, and of course music and playlist directories:

Create Music and Playlist folders, if you haven’t already, and change the locations to where they are located. Configure users, and you probably also have to set up your sound card. When you’re done open terminal or command prompt, type in mpd and hit Enter, that should activate Music Player Daemon. Find more detailed instructions here.

Clients are a lot easier to set up, once you have Music Player Daemon up and running. There’s a lot of clients to choose from, some of them are also without GUI, but there’s a lot of them with a graphical interface. 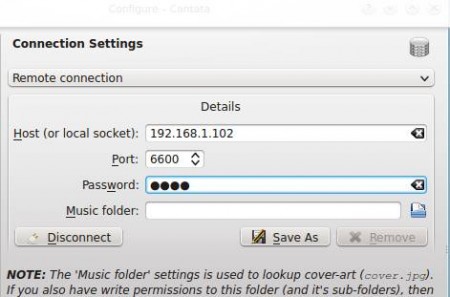 What you see in the image above is mpd streaming server config in Cantata, which is a music player that can be used as a client of Music Player Daemon. Everything you need can be found in mpd’s config files. If everything was properly configured you can start listening to music. 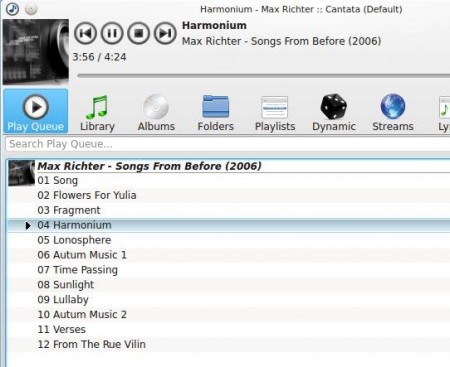 Even though it’s a bit more complicated to set up, once you do have it up and running, Music Player Daemon is a very useful companion. Install client apps on Android and iOS and you can also stream music there, locally or over the internet. You probably won’t succeed with the config at first, but be persistent and don’t give up. Download it free. You may also try some similar software reviewed by us like: Subsonic, Groovy Media Player, and Cherryplayer reviewed by us.