Siegefall is a free strategy game app for Windows 10 devices. The game has been developed by Gameloft studios, and requires an active internet connection to run. When you run the game on your device, you will be presented with the main interface which allows you to start the game. Initially, you will be presented with a brief introduction video of the game followed by a brief tutorial of the game itself. The game is a bit heavy on size. This Windows 10 strategy game is a war game wherein you have to command your troops to destroy the enemy base.

Siegefall is available for free from the Windows App Store.

Main features of Siegefall for Windows 10:

When you run the game, you will be shown the below screen. 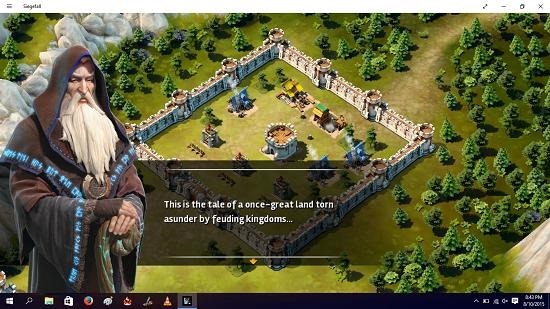 Here you’ll be informed about the game and its features in brief. What follows is a brief tutorial of the game itself. This tutorial is seen in the screenshot attached below. 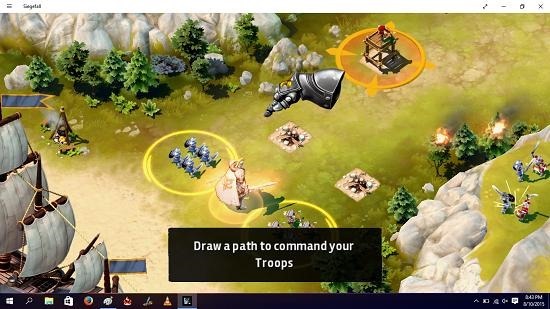 The game is entirely based on touch/mouse gestures. It makes a great download on touch as well as non touch screen devices. In the game, you have to command your troops to attack the enemy base. Once you have successfully commanded your troops to attack the base, you will see an enraging battle ensue between the opposing forces and this is visible in the screenshot below. 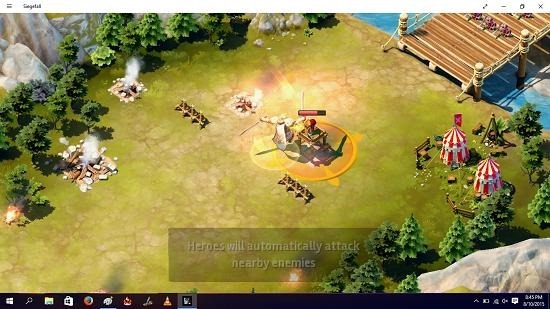 Your hero is the majestic human in white. The shorter puny humans are the troops. Troops of various types are available – archers, soldiers etc. Once the tutorial is wound up, you’ll be shown the objectives of a level, which need to be fulfilled. 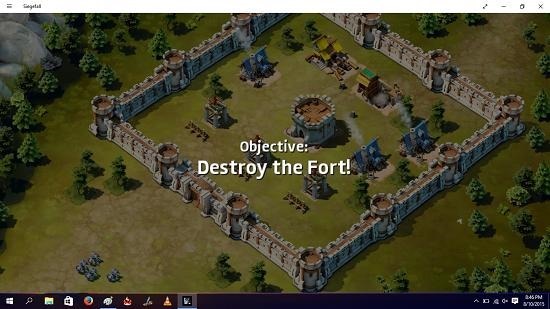 Once the objectives are completed, you then progress to the next mission, and this is shown below. 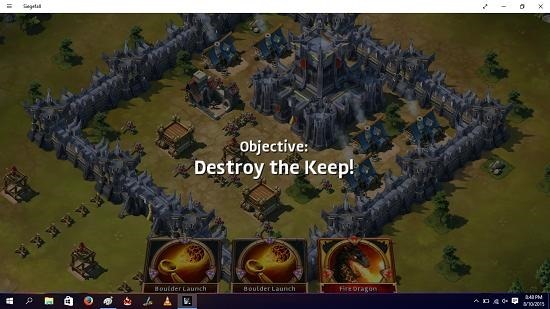 This is a wrap of the main features of the game.

Controls of the game…

Siegefall makes for an amazing game with great graphics that you can play for free on your Windows 10 device. The game is a bit heavy on the size, so you might want to think a bit before you grab it for your device.