Simple Mahjong is a free mahjong game app for Windows 10 devices. When you run the game on your device upon its installation, you will be taken to the tutorial of the game. In the tutorial to the game, you will be able to see the various rules of the game which you can employ to play the game and emerge victorious. The game is lightweight and can make for a great app to while away your time when you have nothing to do. The game follows the rules of the classic board game Mahjong.

Simple Mahjong is available for free from the Windows App Store.

Rules of the game:

In the game, you have to click on a tile which has not more than one tile adjacent to it and then search for a tile with the same pattern etched on it to make a pair. When you have made a pair, you will be awarded score points and the aim of the game is to clear the entire board in the least amount of time to create the highest possible score.

When you run the game, the first thing presented on your screen is the tutorial to the game itself where you will see guided hints to play the game. 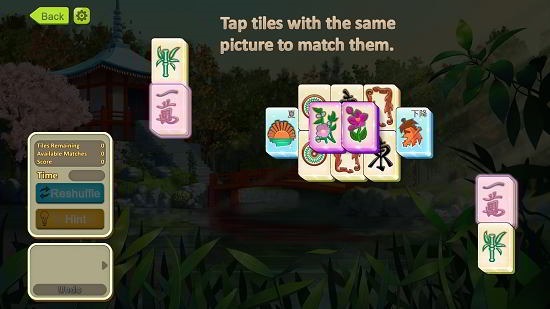 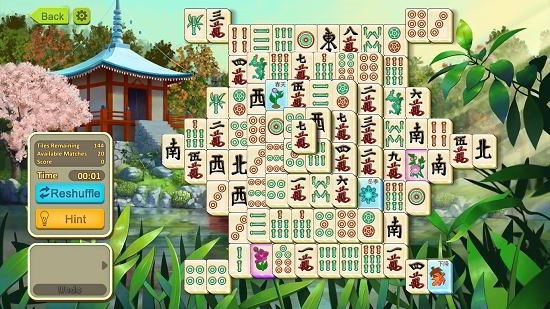 You have to click on a tile and then click on a similar tile to create a match. When a match is made, the tiles come together to award you score points at the left side of the screen. 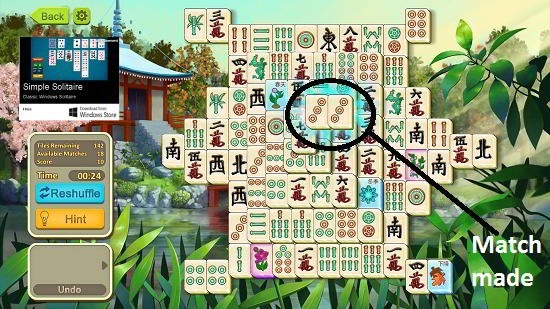 You can keep an eye on your score by taking a glimpse at the left side of the screen whenever you want. You may also choose to pause the game at any time via the Esc. button. All in all, this is an easy game with simple controls that are very easy to comprehend. At the end of the game, you will be shown your score.

Simple Mahjong is a great take on Mahjong for Windows 10 devices. You may grab it for free for your device from the link below.