Let’s see how exactly it is that they work, what kind of performance they have and which ones I liked the most. 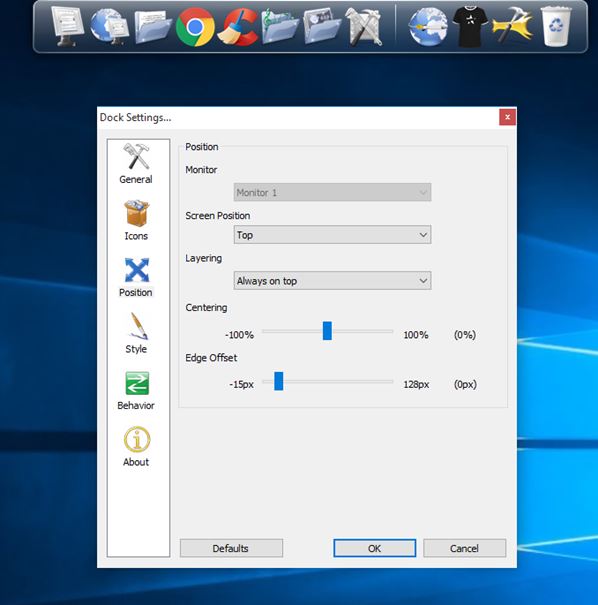 I’ll start the list off with RocketDock which is what I used for some time back on Windows 8.1. It’s a lightweight dock which offers a lot of customizations.

Position of the dock (top, bottom, left or right side of the screen), its size, width and appearance (dozens of themes are available) can all be changed. Icon quality can be set to either low, medium or high, depending on the quality of your graphics card. Hover effects are also available so that the icons for example pop-up when you move the mouse cursor over them. 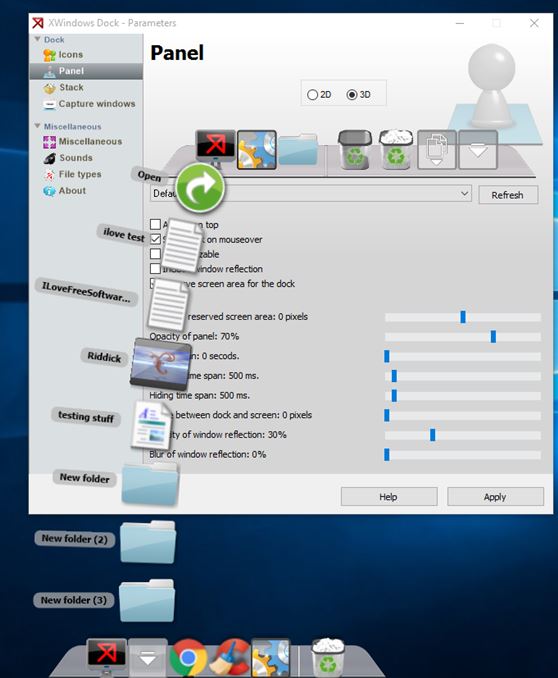 XWindows Dock is a very nice looking dock software for Windows 10 which has both 2D and 3D work modes. Which one you’ll be using depends one which one will work better/be faster on your hardware.

Icons are added to the dock via drag and drop. Various effects are available like opacity, reflections, blur, etc. Small drawback of this dock is that it’s placed at the bottom of the screen by default and can’t be moved from there. I wasn’t able to find a way how to move it elsewhere at least.

Also, have a look at Download Winstep Nexus – Advanced Dock for Windows. 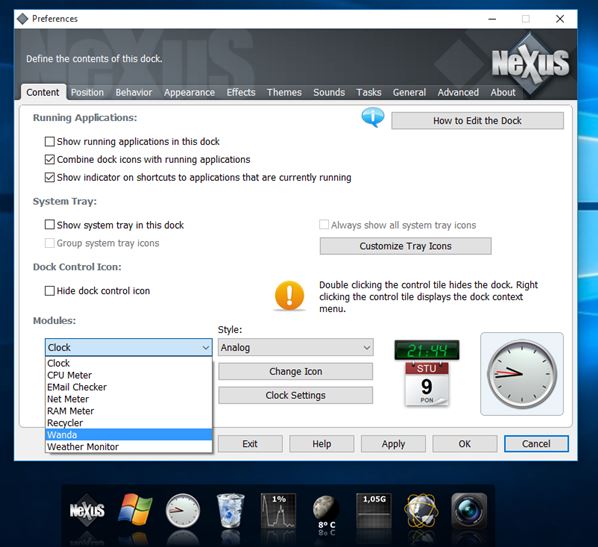 Winstep Nexus has two version, free and paid. Free version is more than enough for someone who’s just starting with docks because it has a lot to offer.

First thing that’s worth mentioning are the gadgets for weather forecast, hardware monitoring, email notifications and more. Weather forecast, CPU activity and RAM usage icons can be seen on the image above. Position of the dock, themes, sounds, triggers (mouse hover, window dodge) and lots of other cool features can be tweaked in the dock settings. 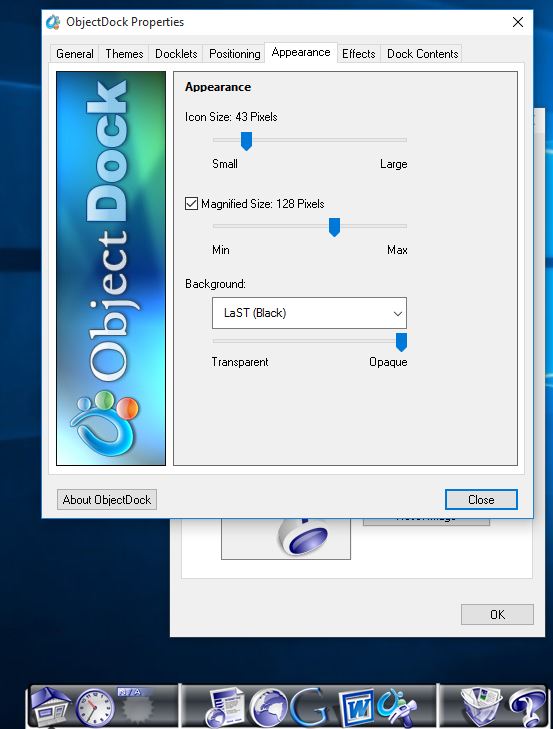 Version of ObjectDock that I’m talking about in this review and have linked down below is ObjectDock v1.5, which is the free version of this dock software for Windows.

Versions 2.0 and newer are commercial and can’t be used for free. Dock itself is simplistic, with very minimal hover effects, selection of themes/icons and so on. New icons can be added by right clicking on the dock and selecting the “Add” option.

I am really impressed with the number of features offered by Nexus. So much so that it will probably replace RocketDock as my main favorite dock software, should I ever feel the need to go back to using docks. RocketDock would be my second choice, and you should also check it out if you’re looking something more simplistic and lightweight. Let me know which dock software you ended up using by leaving a comment down below.