Here’s a list of 5 best desktop radio streaming software for Windows 10. Desktop radio streaming software makes it possible for you to find and stream radio stations from within your Windows 10 desktop. Listening to a local music library can get a bit boring, especially if you don’t have a lot of songs in your library, so these apps can help bring a bit variety to your music taste. 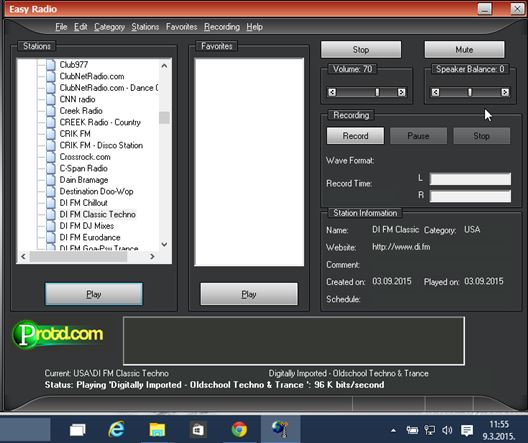 Easy Radio WM might have a bit outdated interface, but a database of over 20000 radio stations that comes with it should make up for that. System tray icon makes it possible for you to minimize and hide Easy Radio so that it’s not in the way when you need to do work.

Radio stations are grouped based on the country that they’re from. When you find a station you like, add it to the favorites so it can be found more easily in the future. Another useful feature that Easy Radio has is stream recording. When a radio station plays songs that you like, it’s possible to record them and save to the hard drive. 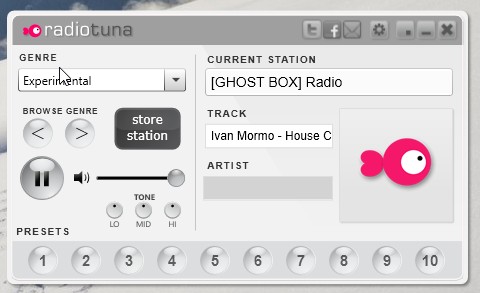 Radio Tuna Desktop has a much more modern interface, which you can see in action on the image above. Selection of radio stations is updated regularly, meaning that the chances of coming across a station that doesn’t work are slim.

Player is simplistic, it doesn’t have favorites, recording or anything like that. What it does have is radio stations grouped based on genre, album art for radio stations (if they have it), basic playback controls, etc.

Also, have a look at Radionomy: Free Online Radio App for Windows 8. 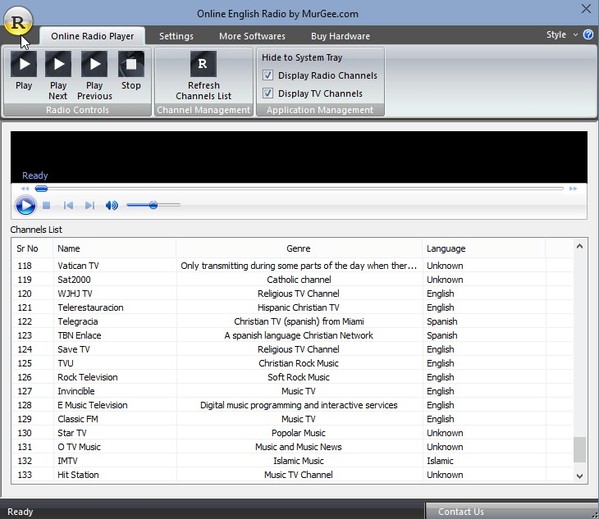 Online Radio by Murgee is actually a selection of three separate applications, each one of them for radio stations with different countries of origin. I checked out the English one, but there is also World Radio and Indian Radio, each covering different selection of radio stations.

English Online Radio comes with English based radio stations of various genres. They can be loaded from the list at the bottom of the app. Playback controls can have keyboard shortcuts assigned to them, meaning you can control playback using just your keyboard.

Get Online Radio by Murgee. 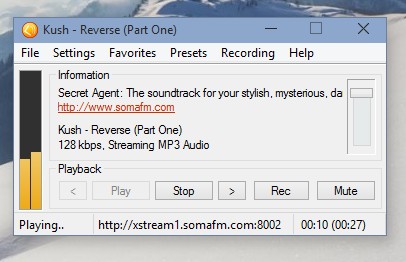 Screamer Radio is a great mix of simplicity and advanced features. Interface of this online radio software is very simple, while at the same time it comes with a large selection of radio stations which can be sorted using genre, country of origin or radio network they’re from filters.

System tray minimization is possible, as are desktop notifications on song change. Music stream can be recorded, and there are also equalizer effect presets and favorites list for easy listening.

Also, have a look at 5 Free Online Radio Streaming Websites. 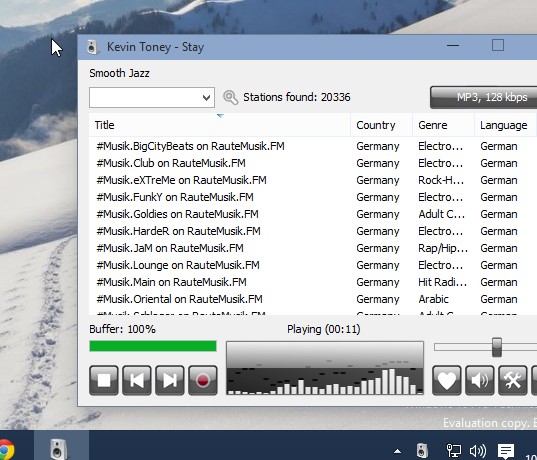 RadioSure is very similar to Screamer Radio, only it has a bit more fancy looking interface.

Large selection of radio stations is present here as well. To filter them, use the list ordering (for station genre, for example). Find tools helps you find radio stations by name, should you know it. Radio minimizes to system tray and there are desktop notifications on song change.

Last two desktop radio streaming apps are my favorites, Screamer Radio, and RadioSure. They both work great on Windows 10 and have a great set of features. Try them out and let me know how it went by leaving a comment down below.