Photo Editor Photo Effects is a free Android app that allows you to edit your images with a lot of ease. The app has a lot of built-in filters and effects that can be applied easily to the image that you wish to edit. Photo Editor Photo Effects is an insanely powerful app with so many filters and editing effects that will keep you wondering which one to choose for your image. The app is available as a free download for all Android devices from the Google Play Store.

When you launch the Photo Editor Photo Effects app on your Android device, you will be prompted to choose the image that you wish to edit. Once you have chosen the image, you can click on the Open Editor button to open up the image editor, after which all you have to do is to apply some effects with a few clicks and taps.

Photo Editor Photo Effects can be downloaded from the Google Play Store.

When you launch the Photo Editor Photo Effects app, all you have to do is to choose an image to open it up for editing. To do that, simply click on the Choose a photo button in the screen which appears when you launch the app. This screen should look like the below screenshot. 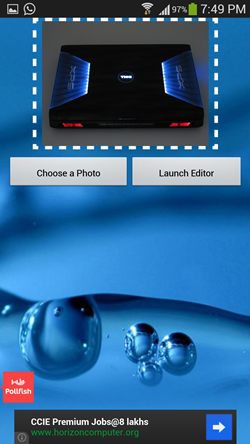 When you select a photo, it should show up in a white bordered box in the above screen. As I had already selected an image from my Gallery, it is visible in the above screenshot. Now, to edit your image, just click on the Launch Editor button. As soon as you click on the Launch Editor button, you will be presented with a screen which resembles the below screenshot. 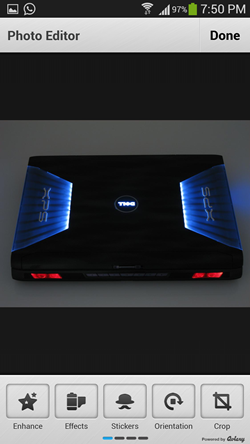 Here you can see that my starting image is a pretty standard looking photo of a laptop. After playing around with the various editing effects at the bottom of the screen, this is what I was able to produce! (see below screenshot) 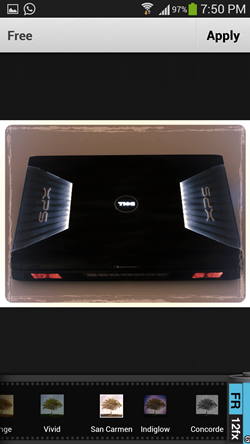 As you can see, the output image is framed, and looks retro styled. This looks much better than my original image, and I was pretty satisfied with the results. Once you are satisfied with the results, all that’s left to be done is to click on the Apply button at the top-right screen corner, and that’s all! Your image will be edited and look like a professional photo!

This is all you need to know to get started with the Photo Editor Photo Effects app. You can also check out the Filter Mania Android app that allows you to edit your images.

Key highlights of this app…